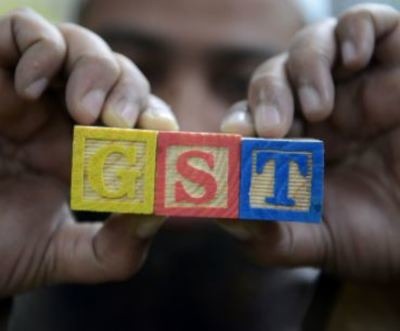 BAREILLY: Frustrated over the slow speed of the server which has made them wait for several hours while filing their returns on the GST portal, the UP Udyog Vyapar Pratinidhi Mandal (UPUVPM) has sent a letter on Thursday to Union finance minister Arun Jaitley. Besides, businessmen exempted from GST have complained that they have been forced to file GST returns for the past seven months as their names are yet to be removed from the portal.
Notably, small businessmen who had turnover up to Rs 5 lakh per annum during the previous VAT regime, were automatically put up on the GST portal. However, under new taxation system, there is no need to file return if the turnover is less than Rs 20 lakh per annum.

The traders’ association also demanded the government to recall GST forms R1 and R2 as traders give all details of their sale and purchase in the GST R3 form.

The association’s regional secretary, Lokesh Kumar Agrawal, said, “GST is literally proving to be ‘Gabbar Singh Tax’ due to its complexity. Businessmen are afraid of it as they have never been in any tax regime. Though a number of traders are well versed in computers and follow online banking system, but when it comes to GST, everyone needs an expert. You can spot a beeline at every chartered accountant and taxation lawyer’s office because there is no provision of getting refund if we make any wrong entry, even if mistakenly. No one wants to take a chance.”

Agrawal also said that when traders file their returns, giving details of sales and purchase in form R3 of GST, then “why were they being compelled to file two separate forms of R1 (purchase return) and R2 (sales return)”?

“The load on GST portal will automatically go down if the names of thousands of businessmen exempted under GST are removed as well as the government allows us to file a single return instead of filling three forms with similar details,” he said.

“Unnecessary burden is mounting on GST portal with the unwanted registration of the businessmen exempted under GST only because of bankers’ waywardness. We demand the finance minister to take stern action against bankers who force every businessman to get registered under GST,” he added.