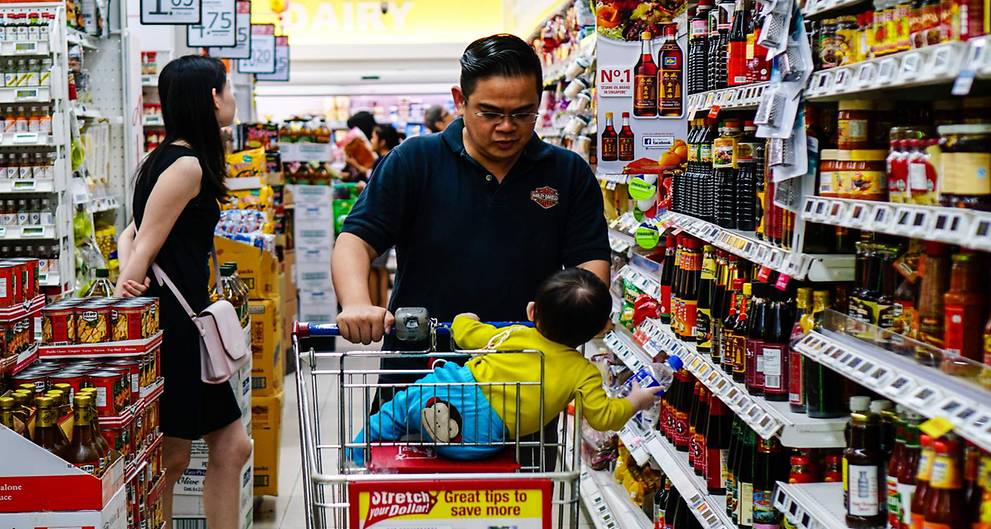 The impending rate hike from 7 to 9 per cent was announced at least three years ahead of implementation, double the usual lead time of one to one-and-a-half years, says an analyst.

SINGAPORE: It will be at least three more years before the goods and services (GST) tax will be raised from 7 to 9 per cent. While the long lead time is “unprecedented”, said experts, it is helpful to “kill off speculation” of when the hike will happen.

Finance Minister Heng Swee Keat announced in his Budget 2018 speech on Monday (Feb 19) that the GST will go up some time between 2021 and 2025, adding that it will be implemented “earlier rather than later in the period”.

Mr Yeo Kai Eng, partner for GST Services at Ernst & Young (EY), told Channel NewsAsia that the announcement of the hike at least three years ahead is “interesting” as it has not been done before. Previous announcements were usually made about one to one-and-a-half years ahead of time, he added.

The last time GST was raised in 2007, when it went up from 5 to 7 per cent, it took effect about five months after the Budget announcement.

That said, Mr Yeo referenced then-Finance Minister Tharman Shanmugaratnam’s statement that the revenue measures the Government had already undertaken would provide sufficiently for increased spending until the end of the decade, and said the timing of the hike is “consistent” with past messages from authorities.

“It is good to give advance warning,” Mr Yeo said. “This will kill off speculation of when the rate hike will happen, and give certainty to the people. Now, people’s lives go on knowing that the hike will happen from 2021.”

Asked if the news would go down well with Singaporeans, the EY executive pointed out that the Finance Minister “took pains” to explain the pressing need for the funds to pay for increased healthcare, infrastructure, security and education spending.

Mr Heng also revealed he will further moderate the pace of ministries’ budget growth – from 0.4 times of Gross Domestic Product (GDP) growth to 0.3 times from Financial Year 2019 – and this, Mr Yeo pointed out, should also assure some of the Government’s fiscal prudence.

Another industry watcher, PwC Singapore’s Asia Pacific Indirect Tax Leader Koh Soo How, said deferring the GST rate hike to the period between 2021 and 2025 “would provide sufficient time” for the Government to explain why it is necessary to raise the GST rate for the next decade. This is what Prime Minister Lee Hsien Loong had called on his People’s Action Party colleagues to do at last November’s party convention, he added.

“Raising the rate to 9 per cent still puts us below the regional average of 10.5 per cent and the Organisation for Economic Cooperation and Development (OECD) average rate of 19 per cent which suggests that the Government is keeping its options open on whether the rate can increase further depending on our spending needs,” Mr Koh said.

Deputy director for research at the Institute of Policy Studies Gillian Koh said that this is the first time that the Government has announced a GST hike that crosses the threshold of the next parliamentary term.

“So politically, we’re in new territory. It does mean that when the People’s Action Party (PAP) goes into the next election, depending on what it does over the next two to three years, the GST issue cannot be but a political issue,” Dr Koh said.

As discussions and speculations on potential GST increases intensify, timing the GST hike way ahead of its implementation could be a wise political move, according to another political watcher Walter Theseira.

“It’s become a political problem in the sense that if you don’t end the uncertainty now, you will have continual uncertainty over the years with people every year saying is it going to be this year? So I saw it as a preemptive move to try to quell the uncertainty and also to book the political costs of doing it,” Dr Theseira said.

“The political price is already being paid now with all the talk about GST so you might as well book it in right now … There’s an election going to be due before the end of this decade and if you can book that political price now instead of the election year, why not right?” he added.

CIMB Bank economist Song Seng Wun said that ultimately, the impending GST hike reflects a “confident” Government that is “certain it is stable enough and will still be around three years down the road”.

“Not today, not tomorrow, not next year, but after the next GE (General Election) itself,” he observed. “No politician wants to hike taxes. So it’s also a message from the Government it doesn’t engage in populist measures, but takes fiscal responsibility seriously.”

“It wants to prepare everyone that the hike is coming, and also to explain to everyone why it’s important GST has to be adjusted every now and then, to ensure the burden is not just on future generations but shared amongst all,” Mr Song said.

Mr Heng, in his Budget speech, said that the increase is necessary because even after exploring various options, there are still gaps in managing future expenditures. On this, analysts agreed on the messaging of why hikes are necessary but cautioned that it may not come through to Singaporeans.

“There is never a good time for tax increases. So the Government has to handle the matter with sensitivity. … What is needed is to present the Budget as an integral part of the social compact, that the Budget is not merely about taxes and public expenditures but also how it promotes the greater good, sharing the largesse, attending to current imperatives and preparing for future needs and challenges,” said law professor Eugene Tan.

“I think we always have this issue in Singapore that because we have the good fortune of having a healthy surplus and also reserves and people will always say why not use the reserves? The public should consider this question – if you spend the reserves, what are you doing? You are reducing the amount of resources in the future,” said Dr Theseira.