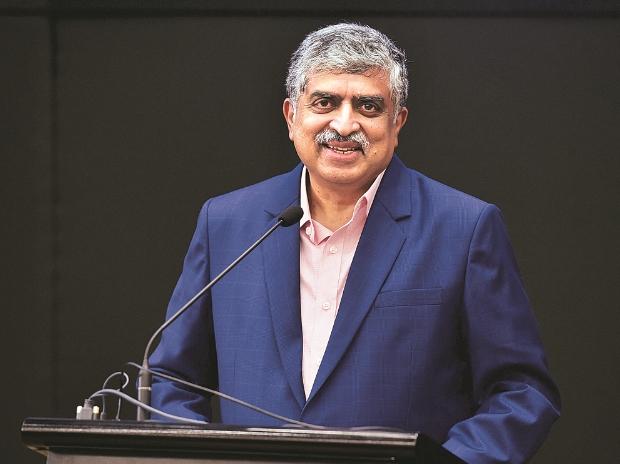 The model proposed by Infosys Chairman Nandan Nilekani for ‘invoice matching’ to plug tax evasion under the goods and services tax (GST) may be tweaked, ensuring a smooth flow of input tax credit (ITC) to assessees.The group of ministers (GoM) headed by Bihar Deputy Chief Minister Sushil Modi will meet on Saturday to finalise single-stage, simplified, return filing under the GST, and the report will be placed before the GST Council in its meeting on March 10.The onus of matching invoices to claim input tax credit will fall on taxpayers instead of the IT backbone, the GST Network (GSTN). “Most states are in favour of the proposal and it is much simpler. There will be a single-stage filing process. The GoM will take the final decision on the matter on Saturday. There will be no filing of returns but only uploading of invoices,” said a government official.The move, if approved, will require taxpayers to file a single GST return, replacing three returns — GSTR 1, 2, 3 and the summarised return GSTR 3B.Invoice matching will be at the seller-purchaser level offline. According to the proposal, the seller will upload invoices, which will be acknowledged by the purchaser. The system will put the onus on the seller.In a shift from Nilekani’s proposal for blocking credit in the case of mismatch in invoices, the GoM may decide to allow releasing input tax credit provisionally to the buyer.“In the offline system, the invoice a seller uploads will be visible to the purchaser. The buyer will only have to upload those invoices missed by the seller.

The notification will go to the seller about the missing invoices,” the official said.According to the Nilekani model, input tax credit will be available only after uploading invoices. Nilekani returned last year to Infosys, which is the tech-enabler for the GST Network.The Council in its November meeting deferred invoice matching till March to ease the compliance burden of taxpayers. Under the earlier system, returns filed under forms such as GSTR-1 (sales) and GSTR-2 (purchase) were automatically matched with GSTR-3 to ensure that the claims made by the taxpayer were correct. Currently, taxpayers are filing GSTR 3B and GSTR 1 and claiming input tax credit.The government has been working to bring back the suspended invoice-matching system after the fall in GST revenues raised concerns over tax evasion.GST revenue collections fell to Rs 808.08 billion in November, the lowest since the roll-out of the indirect tax in July last year, but recovered to Rs 880 billion in December.“If the buyer uploads the invoices missed by the seller, input tax credit will be issued to the purchaser on a provisional basis,” said a government official.Eventually, the buyer will get an alert from the seller on uploading invoices. Input tax credit will be reversed if the seller fails to upload the missing invoices in time. The department will automatically treat it as a complaint and start probe.“That will be interpreted to mean that either the purchaser has uploaded fake invoices or the seller has not uploaded the invoice. A probe will be carried out,” said the official.Experts say the proposal is much simpler than the current mechanism but it requires to be in-built into the system and the industry should be given sufficient time to grasp it.Technocrat to help govt in building IT infra for healthcare schemeTech billionaire Nandan Nilekani will assist the government in developing Information technology infrastructure for the mega National Health Protection Scheme, which seeks to cover 100 million families, a senior NITI Aayog official has said.The IT infrastructure for the health care scheme will be of a huge scale as was required for Aadhaar and will have to be scaled up gradually in view of the massive range of the programme. Former Unique Identification Authority of India (UIDAI ) chairman Nilekani — the brain behind the Aadhaar — is also a member of the goods and services tax return simplification committee.“We have consulted Nilekani, we want to build Aadhaar-like model for the scheme (NHPS)… He has agreed to help us,” the official said.