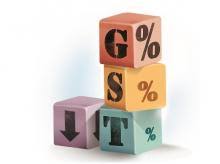 The government has sanctioned GST refunds worth about Rs 127 billion or 80 per cent of the eligible claims of exporters, an official said on Sunday.

The Central Board of Excise and Customs (CBEC) had organised refund facilitation camps in field offices between March 15-31 to assist exporters in filling up refund claim forms and correct errors.

“IGST refund claims worth Rs 86 billion till January 31 were lying with the CBEC. Of this, Rs 77 billion worth claims have been sanctioned so far,” a senior official told PTI.

With regard to those exporters who claimed refund of their input tax, the CBEC has sanctioned about Rs 50 billion, out of Rs 69 billion due till February end, the official added.

“The CBEC has sanctioned Rs 127 billion IGST and Rs 50 billion Input tax credit (ITC) refunds. Together, this accounts for 80 per cent of the eligible claims lying with CBEC,” the official added.

About Rs 28 billion worth eligible refunds are pending which will also be cleared soon, he said.

Besides, states have issued refunds to the tune of Rs 25 billion to exporters who paid State GST (SGST), the official said.

The CBEC had late last year started refunds for exporters of goods who paid Integrated GST (IGST) and have claimed refund based on shipping bill by filling up Table 6A. While for those businesses making zero rated supplies or those wanting to claim input credit, have to fill Form RFD-01A.

Ever since the roll out of GST, exporters have been complaining that delay in GST refunds has blocked their working capital.

The revenue department, on the other hand, has argued that there are discrepancies in forms submitted by exporters with the customs department and those with the GST Network (GSTN).

An analysis of GSTN data shows that in a large number of cases, the refund claimed by an exporter is higher than the GST paid by him and consequently, the claims filed by exporters were not forwarded to Customs by GSTN.

“The refund facilitation camp has helped in exporters in revising their claim forms,” the official added.