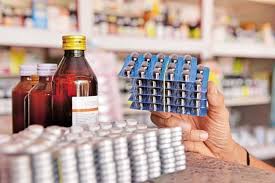 The All India Organisation of Chemists and Druggists Association (AIOCD), a representative body of 8.5 lakh chemists in the country, has urged the GST Council to come out with a clear policy framework on date expired, damaged and non resaleable drugs in Goods and Services Tax (GST).

AIOCD in a letter to Sushil Kumar Modi, deputy chairman, GST Council on March 31, 2018 highlighted difficulties faced in relation to expired goods of transitional stocks i.e. sold prior to June 30, 2017.

As per Section 142(1) of GST Act, any goods on which duty, if any, had been paid under the existing law at the time of removal thereof, not being earlier than six months prior to the appointed day, are returned to any place of business on or after the appointed day, the registered person shall be eligible for refund of the duty paid under the existing law where such goods are returned by a person, other than a registered person, to the said place of business within a period of six months from the appointed day and such goods are identifiable to the satisfaction of the proper officer.

Provided that if the said goods are returned by a registered person, the return of such goods shall be deemed to be a supply.

The aforesaid proviso establishes a deeming fiction that any return of transitional goods by a registered person shall be treated as supply. As per Section 31(1), for any taxable supply of goods, the supplier has to issue a tax invoice. Thus on a combined reading of Section 142(1) ans Section 31, the law mandates issue of tax invoice for return of those goods on which excise/VAT was paid prior to GST but which are returned after GST.

AIOCD in its recommendation to the GST Council stated that the expiry return/near expiry goods should be treated as a return of goods and not as supply. Thus such goods to be allowed to be returned without GST on the basis of delivery challan under Section 142(1). This will be in line with the earlier clarification issued.

The trade body also suggested that medicines not for human consumption such as expiry, leakage, breakages and notified as substandard, near expiry products need to be delcared as hazardous and a separate HSN code having nil tax be alloted to such products. Medicines should be allowed to be returned within 36 months, instead of 12 months (financial year) as specified in Section 34(2) of CGST Act.

Due to the ambiguity in the subject matter, there is hue and cry in pharmaceutical traders in the country. We have appealed to the GST Council to resolve the issue at the earliest, said AIOCD president J S Shinde.

A delegation of AIOCD led by Shinde and general secretary Rajiv Singhal among others called on Sushil Modi and Arun Mishra, member of GST Law Committee and discussed issue related to return of expired and damaged drugs post GST.