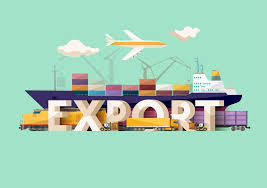 The Goods and Services Tax (GST) refunds worth Rs 3,500 crore, stuck due to incorrect filings by exporters, will soon be released, government sources said.

“There are claims to the tune of Rs 3,500 crore that are stuck in the GST Network (GSTN). This is because exporters have filed wrong claims. They have miscalculated domestic and export supplies. These will be released shortly,” a senior finance ministry official said.

The ministry has asked the GST authority to get the data from the Customs department and correct it manually.

There has been confusion among exporters while filing information regarding nil-rated goods, zero-rated supply and non-GST supply. “This has led to wrong information being provided by the exporters in the GSTR 1 and 3B forms,” the official said. There are discrepancies in the forms submitted by the exporters to the Customs department and the GSTN. Exporters have to file GSTR 1 and 3B online. The 3B is filed monthly and has details of sales, purchases and GST liability.

The exporters have demanded that a similar exercise be taken up by the state authorities. “Most of the Special Economic Zones (SEZs) are in the jurisdiction of states and not of the Centre,” Sahay said.

There are concerns regarding the Input Tax Credit (ITC) too.

“Out of a total of about 1.5 lakh applications filed on the GSTN portal, only 25,000 have been submitted manually,” said the ministry official.

“There had been reluctance on part of the tax authorities to accept applications. They were raising objections on flimsy grounds. I hope the situation improves,” Sahay said. “If an exporter has already filed the application online and cash has been debited, it is in his interest to do the manual filing as soon as possible,” he said.