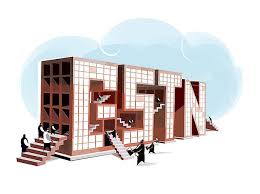 The government is considering converting GST Network- which is handling the IT infrastructure of the new indirect tax regime – into a state-owned company, an official source said.

Currently, private financial institutions are the majority owners in GSTN with 51 per cent stake, while the centre and states together hold 49 per cent.

According to the source, Finance Minister Arun Jaitley has asked Finance Secretary Hasmukh Adhia to “examine the possibility” of converting GSTN into a majority government company or a 100 per cent government company.

The government is now thinking of hiking its stake in the company as the portal has been fully operationalised with stability in tax collection and implementation of e-way bill.

The source further said the government kept its stake in GSTN at 49 per cent and incorporated it as a private company to “allow adequate flexibility and freedom” to GSTN to “ensure timely implementation of the IT infrastructure” prior to the GST rollout.

Goods and Services Tax (GST), which subsumed over a dozen local taxes, was rolled out on July 1, 2017.

According to the source, the government believes it should be a majority owner considering GSTN’s enhanced role from just collecting tax to data analytics.

Over one crore businesses are registered on the GSTN portal.

Swamy had written to Prime Minister Narendra Modi in August 2016 asking him to give a close second look into the shareholding pattern and questioned how a private entity can be allowed access to “sensitive” information without security.