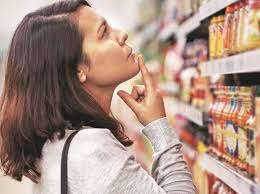 Only two FMCG companies, Hindustan Unilever and Nestle, have approached the quasi-judicial body voluntarily. The GST benefits include both rate cuts and input tax credit available. The GST Council had reduced rates for over 200 items of common use on November 10 and the changes came into effect from November 15.

The authority has held hour-long meetings with Reckitt Benckiser, Godrej, P&G, Nirma and Marico among a dozen companies at its Delhi office to understand if they had passed on benefits to consumers and to what extent. Meetings with more companies have been planned. “We are holding informal discussions with firms for their feedback on the GST and to understand if they have passed on entire benefit to consumers,” an official said.

In case the authority is not satisfied with a company’s computation, it may ask GST commissioners to file an anti-profiteering complaint.

The industry is, however, concerned over the lack of clear profiteering guidelines. Also there is no formula to calculate the benefits due.

According to sources, the majority of the FMCG companies that the authority has met so far have failed to agree with it over the quantum of benefits that remains due. The companies blame large inventories based on an older pricing formula for their failure to pass on all the benefits.

Marico and Reckitt Benckiser said they were not in a position to comment at the moment. Queries sent to Nirma, P&G and Godrej remained unanswered.

Scrutiny of the cost structures of FMCG companies without an approved common methodology to determine whether the benefits were passed on will be a difficult task, “ said M S Mani, partner, Deloitte India. In many cases, stock with trade on the transition date would be difficult to determine from a profiteering perspective, he added.

“Since these meetings could lead to a formal enquiry, industry needs to be prepared with adequate documentation,” said Pratik Jain, partner, PwC India. He added it was important for the authorities to understand industry’s concerns, as no guidelines had been issued by the government on compliance. “One will not be surprised if these meetings extend beyond the FMCG sector in the next few days,” Jain said.

An ITC spokesperson said, “We have passed on the benefits of the GST rate cuts to customers and this has been communicated to the relevant authorities.’ The spokesperson declined to elaborate.

The two factors mentioned in the statutory provisions cannot determine profiteering and hence other factors such as incremental cost of doing business needs to be looked into, according to Abhishek A Rastogi, partner at law firm Khaitan & Co.

The authority is chaired by BN Sharma, is assisted by four officials of the rank of joint secretary and above.