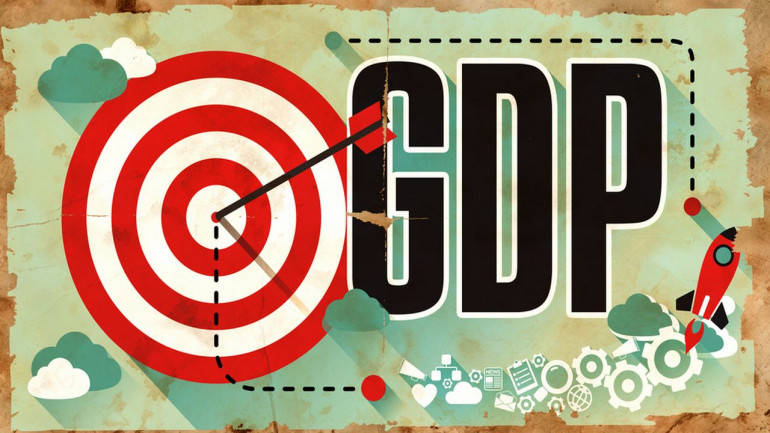 India also cemented its status as the world’s fastest growing major economy, ahead of China, which grew 6.7 percent in April-June 2018.

The Indian economy grew 8.2 percent in April-June this year, the highest in two years, amid signs that households are buying more and companies are adding capacities, shrugging off the disorderly effects of the twin shocks of demonetisation and the goods and services tax (GST).

Finance minister Arun Jaitley on Wednesday said that India is likely to overtake United Kingdom (GDP USD 2.622 trillion) as the fifth largest economy by next year.

This is the fastest growth in eight quarters and signals quick turnaround aided by rapid construction activity, consumer spending and corporate investment.

“Despite an uncertain international environment and volatile crude oil prices, India’s sustained growth reflects its strong resilience to adverse global conditions, because of strong economic fundamentals. The encouraging growth rates in agriculture, manufacturing and construction show that the growth momentum continues to be broad based. In addition, one also expects favourable monsoons to further boost agricultural output and rural consumption in the coming quarters,” Debroy said in a statement.

GVA, which is GDP minus taxes, serves as a more realistic proxy to measure changes in the aggregate value of goods and services produced in the economy.

The growth in India’s real or inflation-adjusted gross domestic product (GDP) in April-June, however, is also partly because of low growth of 5.6 percent in the same quarter last year, with a favourable “base effect” perhaps magnifying the expansion pace in the broader economy due.

Companies had significantly scaled down production in June 2017 as part of a business strategy to carry over as little old stock as possible into July when GST kicked-in, triggering an unexpected mid-year pre-GST “sale” season on many products at heavy price markdowns.

The manufacturing sector grew 13.5% percent in April-June, from (-) 1.8 percent in the same period last year, mirroring the trends in output activity seen in factory floors.

The index of industrial production (IIP) — the broadest approximation to measure activity across India’s factories — has grown at 5.2 percent during April-June 2018 compared with 1.9 percent in the same period last year.

The growth in the manufacturing sector is also broadly in line with shop-end sales, with car sales reporting record growth numbers, aided by greater disposable income or expectations of higher income in the coming months.

The external sector, however, remains a weak link. Merchandise import growth has slowed because of gold imports, while export growth has also weakened.

The agriculture sector grew 5.3 percent, from 3 percent in the same period last year, largely reflecting a strong Rabi or winter sown harvest. The monsoon rains, critical for the summer-sown kharif crop, has been slightly below normal this year so far, particularly in the grain bowl states in north India, but the shortfall isn’t alarming enough to pull down growth in the broader economy.

“The performance of industry and agriculture have encouragingly improved. It probably indicates some employment generation in labour-intensive sectors,” B Prasanna, Group Executive and Head-Global Markets Group, ICICI Bank said.

“The continued improvement in investment is probably reflecting better business and policy climate and a sustained pickup in this component will ensure that overall growth will find a firm footing,” Prasanna said, adding that the underperformance of the services components is largely due to lackluster performance of the trade segment, which is probably still adjusting to the GST transition and concomitant formalization.

Trade, hotels, transport, communication and services related to broadcasting grew at 6.7 percent in April-June as compared with 8.4 percent jump during the same period a year ago. Financial, real estate and professional services grew 6.5 percent, from 8.4 percent a year ago.