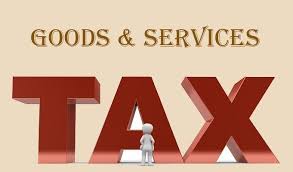 The decision to put luxury hotels in 28 per cent GST (Goods & Services Tax) slab needs to be reviewed as the segment should not be punitively taxed, Vikramaditya Singh, General Manager, The Lodhi, and Head of Hospitality at DLF, has said.

“It’s great if the economy is getting benefited from it. However, from the consumers’ perspective, the tax rate is a little high as they have to pay a certain amount for a luxury, which is already high, and then pay 28 per cent extra on it. This tax rate is higher when compared to the other markets across the globe,” he said.

Talking about the scope of luxury hotels in India, Singh, who took charge of the hotel in June 2016, said that with the increase in disposable income, the scope of the luxury segment will continue to grow. “Now, aspirational luxury has turned into accessible luxury,” he said.

The 111 room hotel plans to focus on room bookings and food and beverages (F&B) to increase its revenue this year.

“These are two major areas from which we earn 80 per of our revenues,” said Singh.

The five-star hotel has witnessed 25 per cent year-on-year growth for the past two years.

“We always did well but now we have expanded our business. Now, we have also started giving those rooms on nightly basis which were earlier available only to those who had come for long stays.”

“To encourage more footfalls we have opened our restaurants to outsiders and not restricted it to hotel guests,” he added.