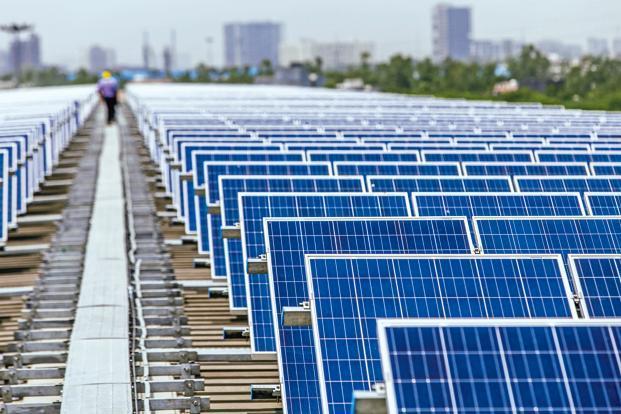 New Delhi: Compounding the woes for the solar power industry, Maharashtra’s appellate authority for advance ruling (AAAR) has held that solar power projects are liable to 18% goods and services tax (GST) and not at the lower rate of 5% as claimed by power producers.

With the appellate authority reinforcing similar rulings by some other state level authority for advance ruling including of Rajasthan and Maharashtra, this issue seems to be headed for a prolonged legal battle unless the government decides to step in and issue clarifications on the taxability of solar power projects. A rise in project cost could get reflected in the power tariffs that solar power developers offer in auctions to win projects.

With electricity out of the goods and services tax (GST), the higher tax rate becomes an outright cost for the producers thus inflating the final price of the solar power. A government proposal to levy safeguard duty on imported solar panels that is meant to support domestic panel manufacturers is another factor that has brought some uncertainty to solar power project developers.

Solar power generation panels, which constitute around 60-70% of the cost of the solar power projects, are taxed at 5% GST. However, the AAARs have held that setting up of solar projects are covered under the classification of works contract as they consist of supply of goods and services packaged into an immovable property. They held that because of this, these projects are liable to be taxed at 18% that applies to works contracts. In the pre-GST era, only a small part of the total project cost, nearly a tenth of it, was covered by a service tax of 15%.

The net tax effect on the solar power industry in a pre-GST regime was less than 5%, a reflection of the tax breaks it enjoyed across excise and value added tax.

The higher tax rates being levied on solar power projects is despite the NDA government’s focused approach to promote solar power. The industry has sought government intervention to lower the tax burden on such projects.

“A general consensus among various GST advance ruling authorities of 18% rate of GST on solar power projects is quite an aspect of worry for the solar industry players who believe that a 5% tax should be applicable,” said Abhishek Jain, tax partner, EY.

“To end apprehensions, the government should consider issuing an explicit clarification on the rate of tax applicable to such projects,” he said.

India is pursuing a goal of having 100 giga watt (GW) of solar power capacity by 2022, up from 23 GW at present. India has a renewable power generation capacity of over 70 GW currently, half of which comes from wind power. Intense competition has in recent years have drove down solar power tariff discovered in project auctions. The factors that helped producers to bid projects aggressively include lower price of imported solar panels and efficient financial structuring of projects.

“The solar industry is facing upward cost pressure locally from taxes and financing, but that is getting balanced by lower equipment costs due to global developments. So, for now, project profitability is secure,” said Kameswara Rao, Partner, Grid, PwC India.