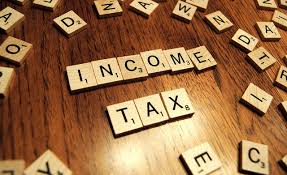 Both TDS and TCS were kept in abeyance as the government wanted the newly launched GST, which was launched on July 01, 2017, to settle down.

Surprising industries, the government has now taken one step ahead in its Goods and Services Tax (GST) drive. It has brought in section 51, which is about tax deducted at source (TDS) and section 52 about tax collection at source (TCS) under the regime. The government has kept October 01, to implement this new provision under the GST law. This new development is expected to make it mandatory for e-commerce companies in collecting taxes at source and also to help in tracking down sellers on platforms like Amazon and Flipkart. Further, it will also give boost to government companies in deducting GST at specified rate. Both TDS and TCS were kept in abeyance as the government wanted their newly GST which was launched on July 01, 2017, to settle down.

Now that less than two weeks are left, let us understand about what is TDS and TCS.

Who is required to deduct TDS?

When is it required to be deducted?

Where the total value of supply under a contract exceeds Rs 2,50,000 then a supplier of taxable goods or services is liable to deduct TDS. The rate at which TDS can be deducted is set at 2% under GST.

It needs to be noted that, TDS deductors, whether or not separately registered, are required to compulsorily register in GST irrespective of threshold limits.

A deductor must furnish to the deductee a certificate in Form GSTR-7A (made electronically available), within 5 days of crediting the amount so deducted to Government, mentioning details like contract value, rate of deduction, amount deducted and amount paid to the Government.

Amount of TDS shall be paid to the Government by the deductor within 10 days after the end of the month in which such deduction is made.

As for the deductee can claim credit, in his electronic cash ledger, of the tax deducted and reflected in the return of the deductor furnished under Section 39(3).

The due date for  filing GSTR-7 is on 10th of the following month.

Who is required to collect?

Every electronic commerce operator (“operator”), who is not an agent, is eligible to collect TCS at prescribed rate when taxable supplies are made through it by other suppliers and the consideration with respect to such supplies is to be collected by the operator.

A operator must pay the amount of TCS to government within 10 days after the end of the month in which such collection is made.