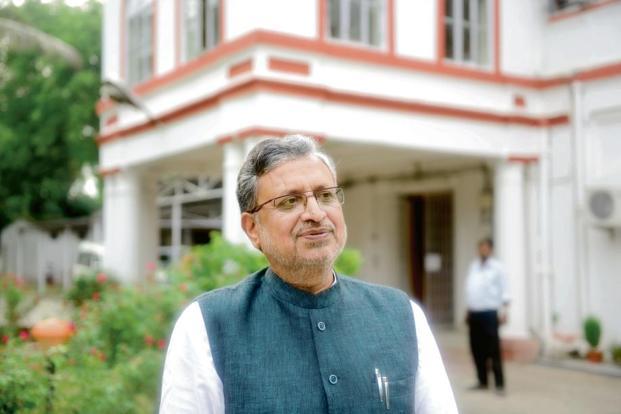 New Delhi: Petroleum products are unlikely to be brought under the goods and services tax (GST) in the near future, despite a few central government ministers batting for their inclusion as states are opposed to the idea at present.

States are of the view that inclusion of petroleum products under GST is unlikely to reduce their prices as states have powers to levy a tax over and above the peak GST rate.

The Union finance ministry is also unlikely to push for its inclusion as it believes that states will not favour such a measure.

The burden of the high fuel prices on the common man had triggered demands for a reduction in excise duties levied by the centre.

Fuel prices have been rising rapidly over the last few months. The cost of the Indian basket of crude oil rose to $77.86 a barrel on 19 September, according to Petroleum Planning and Analysis Cell. To this, taxes at the central and state levels are added, besides dealers’ commission, to arrive at the retail price. The Indian basket represents the average of Oman, Dubai and Brent crude.

“I don’t think the time is right for inclusion of petroleum products under GST. States are getting a lot of revenue from taxing petroleum products. Even if it is brought under GST, they will have powers to levy taxes over and above GST. In that case, bringing petroleum under GST will not really lower fuel prices,” said Sushil Kumar Modi, deputy chief minister of Bihar.

As of now, petroleum is among the few items kept out of the GST net. Inclusion of petroleum needs the nod of the GST Council.

“There is no proposal before the GST Council for inclusion of the five petroleum products within GST,” an official privy to the discussions in the federal tax body said on condition of anonymity.

Concurring with Modi, Kerala finance minister Thomas Isaac said there is no proposal at the moment to bring petroleum products under GST. He reiterated that the central government should reduce the excise duty levied on petroleum products to bring down retail prices.

The centre, on the other hand, is of the view that states should reduce the value-added tax levied on petroleum products.

Petroleum taxes roughly account for a third of tax revenue for state governments. States are reluctant to bring these items under GST as these are among the very few items on which they have the liberty to raise taxes without consulting the GST Council.

The Union government raised excise duty on petrol and diesel several times since November 2014 when global price of these commodities started softening. At present, petrol attracts central taxes of ₹42.64 a litre and diesel of ₹33.16, combining excise duty and customs duty. In the current context of a weaker rupee, restricting fuel consumption makes sense for policy makers as crude oil imports is a major contributor to India’s import bill.

Bipin Sapra, tax partner at EY India said the impact of petroleum products’ inclusion in GST on the industry can be assessed accurately only when there is clarity on whether it will be a price-neutral exercise or not.