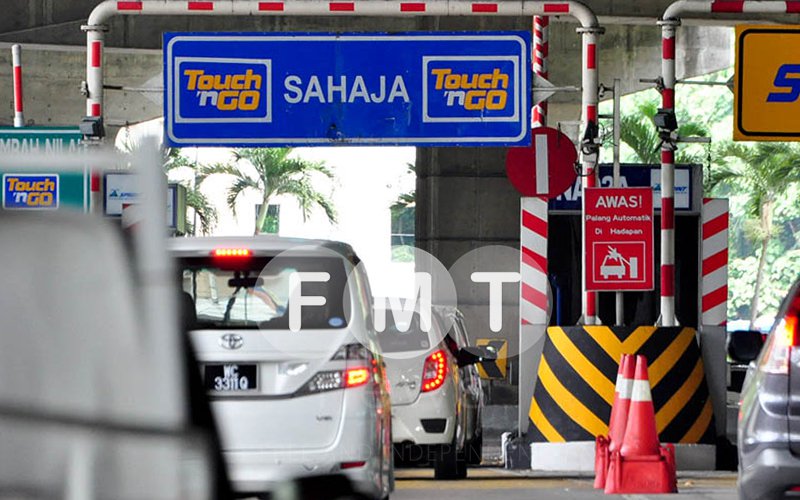 There are many things I don’t understand and which I hope Pakatan Harapan (PH) leaders, especially people like Tony Pua and Lim Guan Eng, will explain.

Now, PH says it is not possible to abolish tolls at the moment given the government’s dire financial position. But who says we are demanding that tolls be totally abolished, even though PH’s manifesto promised so?

May I at least know what happened to the “renegotiations” of toll and IPP agreements which the people wanted? Didn’t we say those agreements were lopsided and unfair to the public? Couldn’t we renegotiate all this and get at least the compensation down, if not the toll rates? At least reducing compensation to toll concessionaires would strengthen the government’s coffers to some extent.

As I see it, we have done nothing much: no toll renegotiations, no toll reduction, and no reduced compensation for delaying toll increases. So what exactly have we done?

When it comes to the goods and services tax (GST) and sales and services tax (SST), I wrote a number of pieces on the topic even before the May 9 polls, more or less envisaging how the changes would fan out. I asked for a reduction in GST rate instead of its abolishment and the reintroduction of the SST.

During the tax holiday period after the GST was abolished, were we supposed to be happy that inflation was less than 1%?

With 6% of prices taken off, prices should have gone down across the board, not with inflation even though it was less than 1%. So where did the effect of zero GST go? The government sacrificed revenue collection but the people didn’t seem to benefit from it.

Now that the SST has been reintroduced, are we not paying SST “over and above” GST since abolishing the GST did not bring down prices? SST is now imposed on prices with “GST embedded” in them. At the end of the day, it’s just another field day for traders and businessmen and another round of suffering for the people.

This was my concern when the SST was first mooted to replace the GST. I have seen enough of incompetence when it comes to fiddling with the tax system.

When the GST was first implemented, prices actually went up by more than 6% because the tax was not “value-added” but “passed” to consumers as many traders wanted to avoid the trouble of claiming refunds. So when the GST was abolished, prices should have come down by more than 6%. Instead, we have PH politicians foolishly singing praises and saying that inflation was less than 1% during the tax holiday period.

The people chose PH to govern the country for the next five years because they had no other choice. They are essentially helpless once a new government is formed. The people can only expect politicians and the political parties which form the government to do the right thing. So don’t keep blaming the old government, and don’t keep disappointing us.