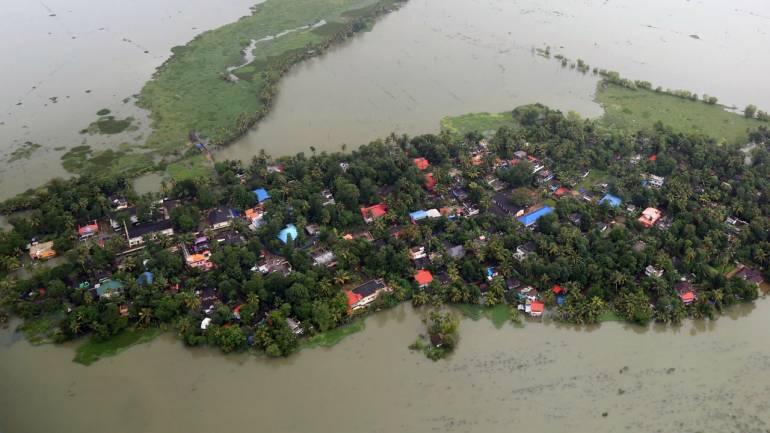 The proposal, to be discussed on Friday, is in line with the Kerala government’s demand for extra resources to aid reconstruction efforts following devastating floods this year

The GST Council will examine a proposal on whether and how a cess on luxury and demerit goods can be increased to raise additional funds for states affected by natural calamities, sources told Moneycontrol.

A panel of officials from the finance ministry has been looking at various mechanisms to raise additional funds, in line with what the Kerala government has been asking after the devastating floods swept through the southern state leading to severe loss of life and property.

The officials will submit their proposal to the Council that is expected to meet via video conference on Friday.

Another way to raise additional fund, a government official said, will be to create a specific cess to address the concern of natural calamity, which states in hilly areas such as Himachal Pradesh and North Eastern states also faced recently.

While officials fear the possibility of the proposed cess snowballing into a political tool in the hands of states hit by natural calamities, the exact contours and shape of the cess will be finalised and approved by the Goods and Services Tax (GST) Council. Another crucial aspect is whether cess will come with a sunset clause, a decision that will be taken by the Council.

While constitutional amendment as per Article 279A (4), says that the ‘Council will make recommendations to the Union and the States on important issues related to GST, like…special rates for raising additional resources during natural calamities/disasters’, officials said that it is not clear if a cess can imposed for any purpose other than giving compensation to states.

“GST must be made flexible to accommodate unforeseen urgent demand for resources as in the case natural calamities. Kerala welcomes the suggestion of hon’ble FM for a national level cess on selected commodities for a specified period to help such states. GST Council to discuss,” Issac said in a tweet last week.

The Council, headed by finance minister Arun Jaitley will also discuss ways to address revenue shortfall. Revenue collection from GST declined to Rs 93,960 crore in August, the lowest in the current financial year 2018-19. The average collection during April-August was Rs 96,705 crore, less than the government’s monthly target.

While the government may not be in a position to cut rates, some states have demanded a reduction in the rate of cement from 28 percent slab to 18 percent.

The Council will also discuss the cases and progress of the anti-profiteering mechanism under GST.