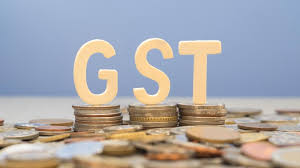 The anti-profiteering watchdog under the goods and services tax (GST) has exonerated the Gujarat-based franchisee of fast food firm Subway India from allegation of profiteering.

The anti-profiteering watchdog under the goods and services tax (GST) has exonerated the Gujarat-based franchisee of fast food firm Subway India from allegation of profiteering, after it held that raising the base price product to recoup losses from denial of input tax credit (ITC) didn’t contravene the relevant anti-profiteering law, the order passed by the National Anti-profiteering Authority (NAA) and seen by FE said.

A consumer complained that the restaurant had raised the base price of one of its offerings to Rs 145 from Rs 130 after the GST Council had reduced the tax rate applicable on eateries to 5% from 18%. The reduced rates was accompanied with denial of ITC to such restaurants. This came into effect from November 15 last year while the consumer had bought the product on December 4.
“It is apparent from the facts of the case that the respondent (the eatery) had increased the base price of his product to make good the loss which had occurred due to denial of ITC post GST rate reduction,” the order said.

Further, the order observed that the restaurant had increased the average base price by 12.14% to neutralise the denial of ITC of 11.80% and such increase was commensurate with the increase in the cost of the product on account of denial of ITC.

The NAA was established under the GST to investigate complaints of profiteering against manufacturers or dealers who fail to pass on the benefit of reduced tax incidence on goods or input tax credit to consumers. A standing committee at the central level vets complaints that have multi-state implications while screening committees in each state deal with local complaints.

These committees either dispose of allegations or pass them on to the director general of anti-profiteering (DG-AP) for a detailed investigation. The DG-AP report is then considered by the NAA for passing the final order.