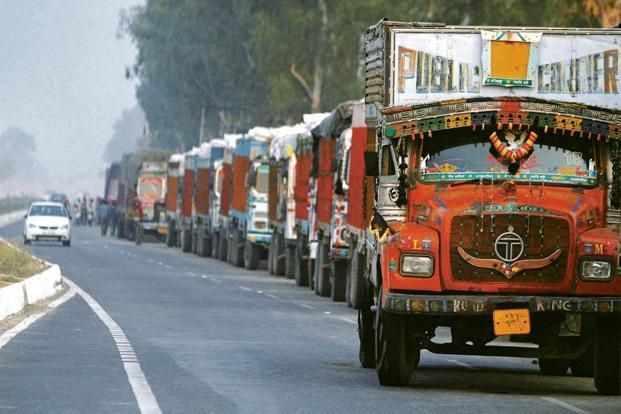 Rate tweaks, task of including petroleum in GST among reasons warranting extension of regulator’s term

New Delhi: The government may extend the term of the National Anti-profiteering Authority (NAA) beyond its original two-year mandate, with policymakers arguing that the watchdog needs to function for a longer period in light of the frequent rate changes in the goods and services tax (GST)and the unfinished task of bringing petroleum products under the new indirect tax regime.

Policy makers believe that the benefit of tax rate cuts on 178 items from 28% to 18% announced last November in one of the biggest rounds of tax rate reductions in the GST regime have not been fully passed on to consumers. This has forced the NAA to step up efforts, which include asking tax officials in the field to make sure businesses make suitable price revisions and pass on tax cut benefits to buyers at the beginning of the supply chain itself, rather than waiting for the end consumer to file complaints.

“NAA was established to address profiteering concerns during the (two-year) GST transition period. It was believed that market competition would ensure that businesses pass on benefits of tax reduction to consumers. But experience so far shows that regulatory force is needed to achieve that goal,” a finance ministry official said on condition of anonymity.

The need for NAA’s continuation beyond two years is also felt because the tax rates have been rationalized several times since GST was rolled out in July 2017.

Finance minister Arun Jaitley has on many occasions signalled that eventually, the 12% and 18% tax rates could converge so that there are fewer tax slabs. This and the possibility of eventual inclusion of five key petroleum products in GST that will unlock large amounts of tax credits, the benefit of which needs to be passed on to consumers, would warrant the continuation of NAA, said the official quoted above.

The two-year term for NAA has been specified only in the anti-profiteering rules rather than in the central or state GST Acts, making an extension of term easier, said another government official on condition of anonymity.

The GST Council’s tax rate revisions were in response to changing consumer patterns, as well as to accommodate populist sentiments ahead of crucial state elections.

On 21 July, the council slashed tax rates on several commodities, including refrigerators, television sets and air conditioners, from 28% to 18%.

Since the roll-out of the tax reform in July 2017, tax rates of 384 goods and 68 services have been cut, leading to a revenue loss of more than ₹70,000 crore to the exchequer.

The eventual aim of the government is to bring down the number of slabs under indirect tax structure from five to three and to do away with the 28% slab or make it as lean as possible.

Over the last 15 months, the GST Council has strived to reduce the number of items in the 28% slab. The share of items in the slab has come down from more than 17% at the time of GST’s rollout to 3% after the last round of rate cuts in July this year.

NAA follows a simple test to judge if benefit of tax cuts are passed on to consumers—comparing the prices of individual items or stock keeping units (SKUs) immediately before the tax cut and the price at which the item is sold after the tax revision. Industry players, however, find it easier to ensure compliance on the total output of the organization rather than on individual items. SKU refers to specific quantity of a particular product sold at a particular price, for example, 500 gram of a particular energy drink. A producer who lowers the price twice the extent the tax cuts warranted on one SKU, say 500 gram pack and none in a 200 gram pack, will still get caught for profiteering even if the company as a whole has passed on the benefit to consumers. That is because, consumers file complaints with respect to specific SKUs.

Experts said this has put the industry in some difficulty. Abhishek Jain, tax partner, EY said that in the absence of detailed guidelines on computation of benefits under the anti-profiteering provisions, industries followed divergent practices with some ensuring passing on of benefits at entity level. “The perspective upheld in a recent NAA ruling of computing benefits at each SKU and respective customer level may open up a Pandora’s box for many of these players who had adopted a contrary view,” said Jain.