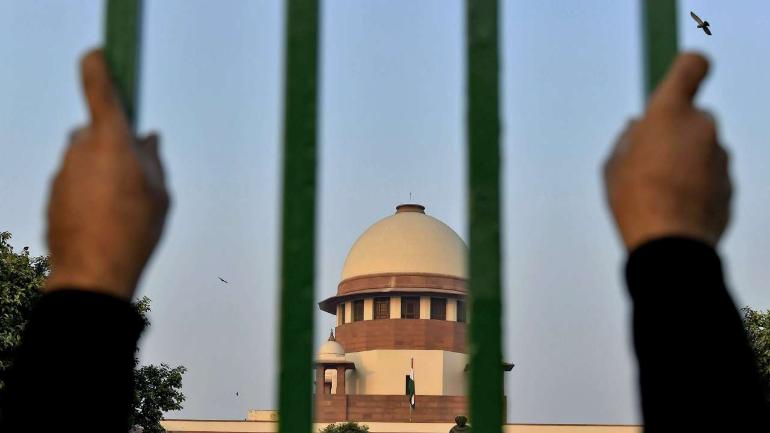 The compensation tax was a key element for successful rollout of the GST last year. It was challenged in courts. Now the Supreme Court has upheld it as constitutionally valid.

The Supreme Court has put its stamp on the constitutional validity of the GST (goods and services) law permitting collection of a cess to compensate the states. The compensation cess was introduced last year in the wake of GST rollout. It is aimed at compensating the states that may suffer loss of revenue due to switching to new indirect tax regime.

Delivering its judgment, a division bench of Justices AK Sikri and Ashok Bhushan directed a firm, the Mohit Minerals to pay cess. The Delhi High Court had earlier ruled in the fvour of the Mohit Minerals, which had argued that it had already paid a Clean Energy Cess as per Finance Act, 2010 and hence, it was not liable to pay any further tax.

The Centre had moved against the Delhi High Court ruling in the Supreme Court with a Special leave Petition (SLP) challenging the high court order of 25 August 2017. The high court held that the Compensation to States Act, 2017 was beyond the legal competence of Parliament.

The Centre and states had agreed to levying a compensation cess to make up for the revenue shortfall incurred by states following the GST rollout on July 1 last year. The cess was to be collected for a period of five years – till states’ revenue is equal or more than the tax collected under VAT and all other levies which were subsumed in GST.

The Supreme Court has now ruled that “the Compensation to States Act, 2017 is not beyond the legislative competence of Parliament.”

The challenge in the Supreme Court was on five grounds:

How Supreme Court answered these questions?

The Supreme Court ruled, “The Compensation Law does not violate provisions of the 101st Constitutional Amendment.” The ruling is expected to settle the debate forever.

Answering the second question raised, the Supreme Court laid down that “the said law is not a ‘Colourable Legislation’ (under the ‘colour’ or ‘guise’ of power conferred for one particular purpose, the legislature cannot seek to achieve some other purpose, which it is otherwise not competent to legislate on).

The Supreme Court also replied that the Compensation to States Cess is an increment to the GST, which is permissible in law. The bench also rejected the plea for entitlement by the company to get a waiver from paying the compensation cess on grounds of having paid the Clean Energy Cess.

Apart from upholding the constitutional validity of the compensation cess, the Supreme Court order also settles that the Clean Energy and compensation Cess are different levies with unique purposes and paying one doesn’t create ground for a waiver on other.

Why compensation tax is significant

The agreement between the Centre and states over compensation cess was a major turning point in 2017 before GST rollout. For almost a decade, the UPA government had struggled to create a consensus over GST mechanism.

Major manufacturing states like Gujarat with then Chief Minister Narendra Modi opposing the one tax for all India, subsuming a slew of central taxes and cesses.

The roadblock was the fear of revenue loss to states, which were manufacturing hubs as GST was an end of the line “consumption tax”. The NDA government managed to create consensus on the GST by promising a compensation cess to all states losing revenue due to imposition of the new indirect tax for a period of five years.

The fear of revenue loss remains the key hurdle in bringing petroleum products in the ambit of the GST. States will lose a lot of revenue if petroleum is brought under existing GST regime deepening the fiscal deficit and depleting funds for development.