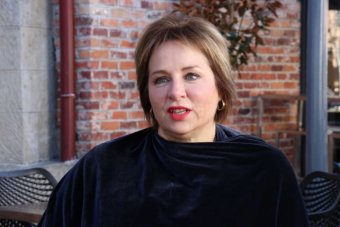 Tasmania’s Liberal senators have been urged to stand up for the state and consider crossing the floor over upcoming federal legislation to alter the GST distribution method.

The Federal Government has foreshadowed bringing to Parliament as early as next week legislation to change the GST distribution method.

But the Tasmanian Government wanted changes to the proposed legislation after releasing Treasury modelling last week that showed under at least two scenarios, Tasmania could end up with significantly less GST than it would under the current system.

The Government has said it can not and will not support the legislation in its current form and has pushed for a legislated “no worse off” guarantee to ensure no state or territory could receive less GST in future than what the current system would provide.

When asked whether the four Liberal senators should cross the floor if the Federal Government refused to legislate the change, Tasmanian Liberal Speaker Sue Hickey said: “I think they should”.

“I think they should be fighting for every single cent for our state,” she said.

Ms Hickey said it would be nice to see the senators “do something productive for Tasmania”.

In the past, Ms Hickey has clashed with conservative Liberal senator Eric Abetz, who asked her to explain how her decision to accept the nomination for Speaker from Labor and the Greens earlier this year was not “treachery”.

“I have confidence, and certainly would expect, that all Tasmanian senators would stand up for our state, as the State Government is doing, and do what’s in the state’s best interests,” he said.

Mr Abetz said Tasmania’s Liberal senators were working closely with state and federal treasurers to ensure every state benefitted from the reforms.