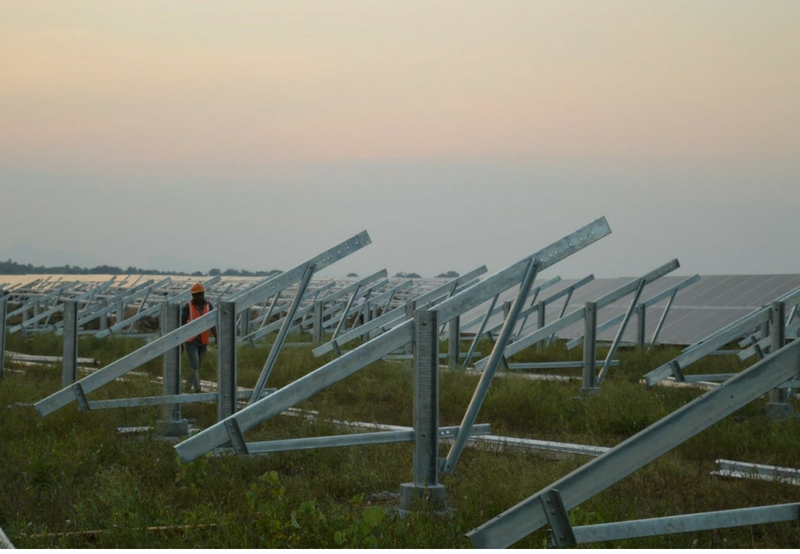 For solar modules, 5 percent will be applicable on intra state procurement as well as import

The Central Electricity Regulatory Commission (CERC) has issued an order to compensate solar power developers (SPD) by giving them an upfront lumpsum payment, which they would have incurred as an additional capital expenditure after the introduction of GST Law.

CERC has also asked the government agencies to make adjustments in the quoted tariff because of the additional operating and recurring expenditure that will incur for the entire term of the project.

CERC was responding to a petition filed by leading solar project developers Azure power and ACME.

They have asked the commission to declare that the introduction of the GST law is a “Change in Law” and therefore they are entitled for the relief. Secondly, they have also asked the commission for compensation for the additional capital and operational cost incurred or to be incurred due to introduction of GST law and make the adjustments in the quoted tariff as well as give upfront lumpsum payment.

The petitioners have written that their financials have been severely impacted because of the introduction of GST. They quantified the impact of GST to be around 11.4 percent of the cost over and above the initial project cost. They requested the commission that increased cost can be recovered through tariff, which is allowable to be recovered under Article 12 of the PPA.

After the award of bids, if there is any change in domestic duties, levies, cess and taxes imposed by Central Government, State Governments/Union Territories or by any Government instrumentality leading to corresponding changes in the cost, the same may be treated as “Change in Law” and may unless provided otherwise in the PPA, be allowed as pass through subject to approval of Appropriate Commission.”

The commission ordered that the relief for “Change in Law” is allowed on one-time basis in a time bound manner. It added that the claims of upfront lumpsum payment should be paid within sixty days of the date of this order, otherwise it will attract late payment surcharge as provided under PPA.

Commission has also made it clear that GST laws are applicable on all cases except in case of the generating company where the actual date of commissioning is prior to July 1, 2017.

It further clarified that for the claims made during construction period, the developers have to show one to one correlation between the projects, the supply of goods or services and the invoices raised by the supplier of goods and services backed by auditor certificate to claim the relief.

In case of PV modules after the enactment of GST laws, 5 percent will be applicable on intra state procurement as well as import.

Mercom previously reported that the delay in GST reimbursement and lack of clarity is affecting solar project developers in India. Recently, the MNRE issued an order extending the commissioning date of solar PV projects that were affected after the imposition of GST and other related issues.