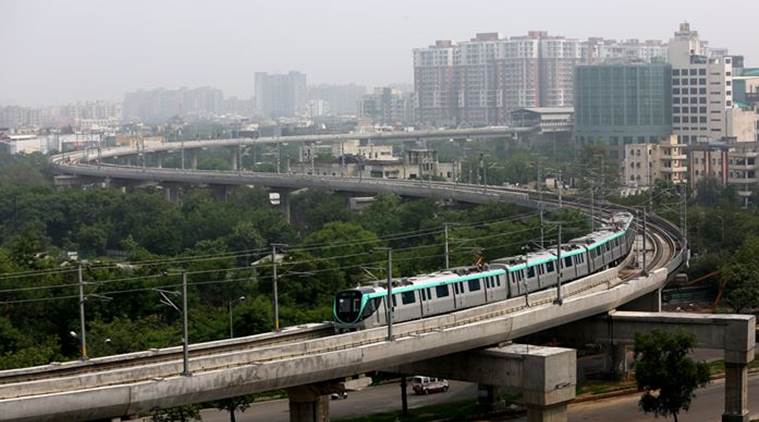 The Delhi government’s share in the proposed Delhi Metro Phase IV project has gone up by over Rs 1,200 crore, amid the finance department’s concerns that the project may bleed the exchequer. Both the DMRC and the government are already at loggerheads over the fare hike.

The finance department has twice suggested that a panel of transport planners and engineers be formed to discuss the Phase IV project. The recommendations never saw the light of day, but official sources said it sowed the seeds of doubt about the project in the government’s mind, and subsequent disagreements over fare hike and the introduction of GST have further queered the pitch.

“Possibility of any progress turned extremely bleak after the war of words over the fare hike. Also, the DMRC’s approach did not go down well with the government. The money involved is huge and the finance department has time and again raised red flags,” sources said.

Back in 2015, the finance department, which had put down in writing that the project may turn out to be a “colossal waste of money”, observed that there has been no “analytical engagement” with the DPR prepared by Delhi Metro Rail Corporation.

“The DPR for Phase IV estimates an investment of Rs 50,000-Rs 55,000 crore, which needs to be apprised. Clearly such expertise is not domiciled in government. I would suggest that Commissioner Transport may be requested to assemble experts from fields of transport planning, railway engineering, project and financial appraisal to discuss the DPR and give their expert advice,” former Principal Secretary (Finance) S N Sahai had written to the then Chief Secretary.

In March 2018, the department reiterated its proposal, adding that officials of the finance department and DMRC would together work out the quantum of operational losses and its impact on fares in the aforementioned options. Even that has not been done yet.

As per file notings, the transport department objected to the finance proposal, saying that the 2015 recommendation does not hold water anymore as that was based on the Metro’s proposal to build all six corridors under the proposed project at one go. Now, the Metro has pitched for approval to three priority corridors.