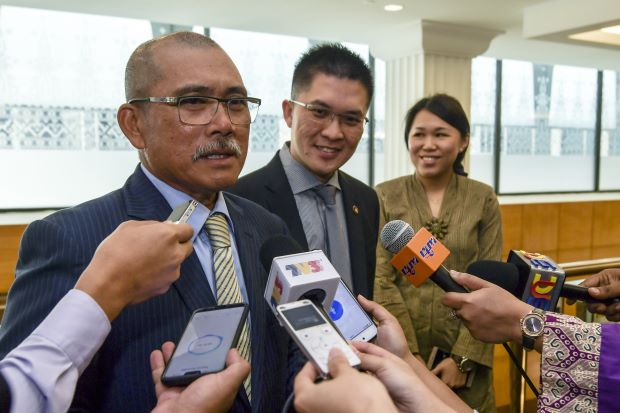 KUALA LUMPUR: The Parliament’s Public Accounts Committee (PAC) expects to wind up its proceedings with regard to the “missing” RM19.4bil Goods and Services Tax (GST) credit returns by the end of Parliament sessions in December.

PAC chairman Datuk Seri Ronald Kiandee said after Finance Minister Lim Guan Eng, who is the last witness to be called on Oct 30, the committee will wind up the case and present the outcome in Parliament.

“We hope we will wind up this case before the end of this Parliament meeting,” Kiandee told reporters, after former Treasury secretary-general Tan Sri Mohd Irwan Serigar Abdullah testified before the PAC here on Tuesday (Oct 23).

This Parliament meeting started on October 15 and will adjourn on December 11.

“Today we asked him (Mohd Irwan) on matters related to the previous statement that he gave us.

“We have got whatever information we needed from him.

“We are also calling Customs Department director-general Datuk Seri T. Subromaniam, former Finance Minister Datuk Seri Najib Tun Razak and also Lim. Then from there, we will conclude our proceedings on GST,” he said.

Subromaniam is scheduled to appear before the PAC at 2.30pm on Tuesday (Oct 23), while Najib’s appearance is slated for Wednesday (Oct 24) morning.

In August, the Dewan Rakyat was told that the previous government had not been able to refund companies their tax credit from the implementation of the GST because 93% of the money was not placed in the correct account.

Finance Minister Lim Guan Eng alleged that some RM18bil of the RM19.4bil input tax credit under the GST was “robbed” by the previous administration.

He said that as of May 31, the outstanding GST refund stood at RM19.39bil, whereas there was only a balance of RM1.486bil in the repayment fund.

Under the GST, the input tax credit allowed businesses to reclaim credit for taxes paid on purchases, subject to filing of input tax documents.

The PAC will also start its proceedings on the controversial 1Malaysia Development Berhad (1MDB) case on next Monday (Oct 29), where 20 witnesses will be called, said Kiandee.

“We will start with Tan Sri Ambrin Buang. The 1MDB case will be a long process,” said Kiandee, referring to the former auditor-general.