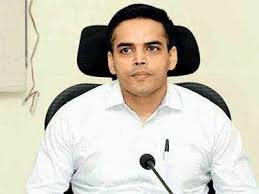 The State GST department nabbed six persons in connection with tax evasion by issuing fake bills to get the input tax credit illegally. The department took the step following raids at more than 100 traders and manufacturers of the edible oil in the state from June to September this year.

The department claimed that the illegal transfer of input tax credit of Rs 58 crore revealed in the Rs 1,000 crore billing scam extended to other states like Andhra Pradesh, Talangana and Karnataka. The epicentre of the scam was Gondal in Rajkot and Unjha in Patan districts.

The six include two brothers Vimal and Anil Bhut, Ravi Vaja, Mehul Thakkar, Amit Thakkar and his brother Mayur Thakkar. “These are the first arrests made by the department after implementation of the GST and all the six persons were produced before the court and sent to judicial custody in Sabarmati jail,” said Dr Amit Kumar, Special Commissioner of the GST.

He said, “The investigations will continue and action will be taken against those who also procured bills from the accused to evade the tax and get the input credit.”

The accused were involved in issuing bogus bills to claim the input credit without trading of the actual goods. Vimal Bhut was the kingpin of the entire scam and he had issued bogus sale bills to the tune of a whopping Rs 470.76 crore to different individuals.