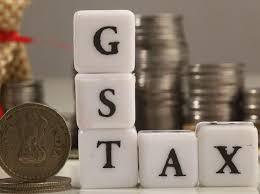 GST CounciL has met 30 times and taken 918 decisions related to laws, rules and rates for the new tax regime within a span of just over two years.

The all-powerful GST Council, chaired by Finance Minister Arun Jaitley, has met 30 times and taken 918 decisions related to laws, rules and rates for the new tax regime within a span of just over two years, the Finance Ministry said Sunday.

The Goods and Services Tax (GST) Council, which comprises state finance ministers and Union Minister of State in charge of Revenue as members, was set up on September 15, 2016, as the country’s first ‘federal institution’.

“Till date, GST Council has taken 918 decisions related to GST laws, rules, rates, compensation, taxation threshold etc. More than 96 per cent of the decisions have already been implemented through 294 notifications issued by the Central Government,” the ministry said in a statement.

The remaining decisions are under various stages of implementation. Almost equal number of corresponding notifications have been issued by each state, it added.

The working of GST Council has ushered in a new phase of cooperative federalism where the Central and state governments work together to take collective decisions on all issues relating to indirect tax regime of the country, it said.

Besides, tax officers of the Centre and states met ahead of the GST Council meetings to enable the council members to fully discuss the issues under consideration.

The Council has held discussions in a “harmonious and collaborative spirit” in the 30 meetings that have taken place so far, it added.

After 17 tumultuous years, a nationwide GST was rolled out at the stroke of the midnight hour on July 1, 2017, overhauling India’s convoluted indirect taxation system.