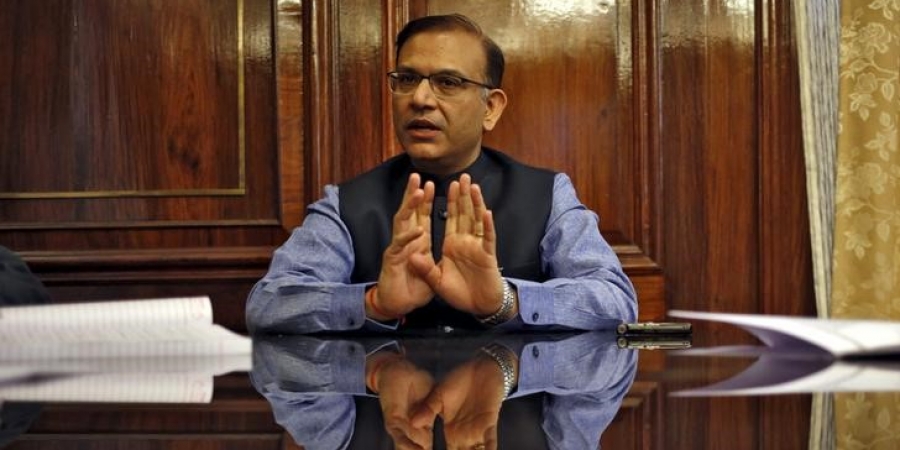 NEW DELHI: Minister of State for Civil Aviation Jayant Sinha on Monday asked Union Finance Minister Arun Jaitley to include Air Turbine Fuel (ATF or jet fuel) under the GST framework. Sinha said that bringing the ATF under the GST ambit will provide a relief to airline players who, at present, are facing financial woes.

“The Ministry of Civil Aviation and the Ministry of Petroleum have asked the Ministry of Finance and all the states to consider bringing the ATF under the GST framework. We would very much like that to happen, so we held discussions on it,” Sinha said. The final call, however, will be taken by the GST Council. The issue is likely to be taken up at the council’s 31st meeting in November.

While jet fuel prices have increased about 40 per cent in the last one year, a combination of taxes by Central and state governments makes it even more expensive. At present, ATF is priced at 72,605 per kl, up from Rs 53,045 per kl in October last year.

At present, the government charges 11 per cent excise duty on ATF. On top of this, some states charge up to 30 per cent sales tax or VAT. Tamil Nadu taxes ATF at 29 per cent, Maharashtra and Delhi at 25 per cent and Karnataka at 28 per cent.

Sources said bringing ATF under GST would mean that the jet fuel would be taxed at a maximum of 28 per cent, and this would lead to a massive revenue loss for some states. A way out could be allowing the states to levy some VAT on top of the peak rate.

Not just on ATF, states have so far rejected the Centre’s plea to work on bringing petrol and diesel under the GST ambit to check on the rising retail fuel prices.

In the meeting, Sinha also apprised the Finance Minister about the deepening financial woes of the aviation sector. Owing to fuel prices that had been rising, fluctuations in rupee value and intense competition, airline players are bleeding with debt and losses.

While Mumbai-based Jet Airways is struggling to remain operational, budget carrier IndiGo posted losses for the first time this quarter after it went public three years ago.

After delaying salary payment to employees, cash-strapped Jet Airways has defaulted on payments to aircraft lessors. The airline has received a show cause notice by the Airports Authority of India (AAI) for payment delays.

Responding to the notice, Jet said it is actively engaged with all its partners including lessors and airport operators, and regularly provides them updates on efforts undertaken by the company to improve its liquidity.

“Our partners understand the challenges faced by the Indian aviation industry and have been supportive of our effort,” the airline said. Jet Airways’ founder Naresh Goyal has approached Reliance Industries Ltd’s chairman Mukesh Ambani and chairman emeritus of Tata Group Ratan Tata to raise capital for his airline.