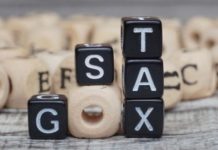 he Goods and Services Tax (GST) Council after its meeting on December 22 had reduced the applicable GST rates on 23 items of mass consumption. The new rates that are applicable from today are expected to bring down prices of consumer goods such as televisions, tyres, monitors, movie tickets among others.

A total of 17 items and six services have been reduced which will result in a revenue impact of Rs 5,500 crore for the full fiscal.

Taking cement and automobile parts away from the 28 per cent slab would mean a combined revenue loss of Rs 33,000 crore, which the Council felt is “too steep” to be considered at this juncture, Jaitley said.

This major tax rationalisation ahead of the 2019 general elections comes after Prime Minister Narendra Modi recently promised to bring 99 per cent the goods under the 18 per cent or lower GST slab.