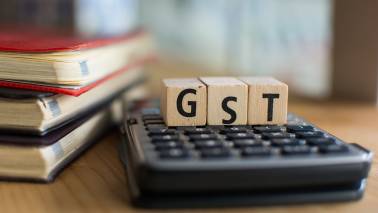 On an average nearly 16 per cent of Goods and Services Tax (GST) return assessees are non-filers of monthly returns, while in the composition scheme, one out of every five assessees is a non-filer.

The government, however, is hopeful of improving the record as many assessees continue to file the returns months after the due date. For example, initially the percentage of non-filers for July 2017 was over 30 per cent, but now it is below 15 per cent.

Any registered entity not filing returns will have to pay a penalty in the form of late fee. For late filing of GSTR 3B, the entity is obliged to pay a late fee of ₹50 a day, that is, ₹25 per day in each case of CGST and SGST (in case of any tax liability) and ₹20 a day, that is, ₹10 in each CGST and SGST (in case of nil tax liability) subject to a maximum of ₹5,000 from the given due date to the actual date when the returns are finally filed.

The bad news is that even under the composition scheme, the average of non-filers is nearly 20 per cent. Composition scheme assessees, with annual turnover between ₹20 lakh and ₹1 crore are required to file returns once in three months. The percentage of non filers for the first three months of GST (July-September, 2017) was 15 per cent, which rose to 15.91 for October-December quarter of 2017 and 23.1 per cent for January-March quarter of 2018. Though, it came down to 19.28 per cent during the April-June quarter of 2018, it again rose to 25.37 per cent during the July-September quarter.

According to the Finance Ministry, the details of the non-filers of returns are regularly shared with the jurisdictional tax authorities and measures, including inspection, visit of premises, search and seizure, are being undertaken wherever required. “The government is committed to increase the percentage of compliance by taxpayers under GST. In this regard, an extensive outreach program,e has been carried out across the country to create awareness among traders, industry bodies and other stakeholders. Further, effective enforcement measures are being undertaken to check cases of tax evasion and fake invoices,” the Ministry said in a reply to the Lok Sabha.