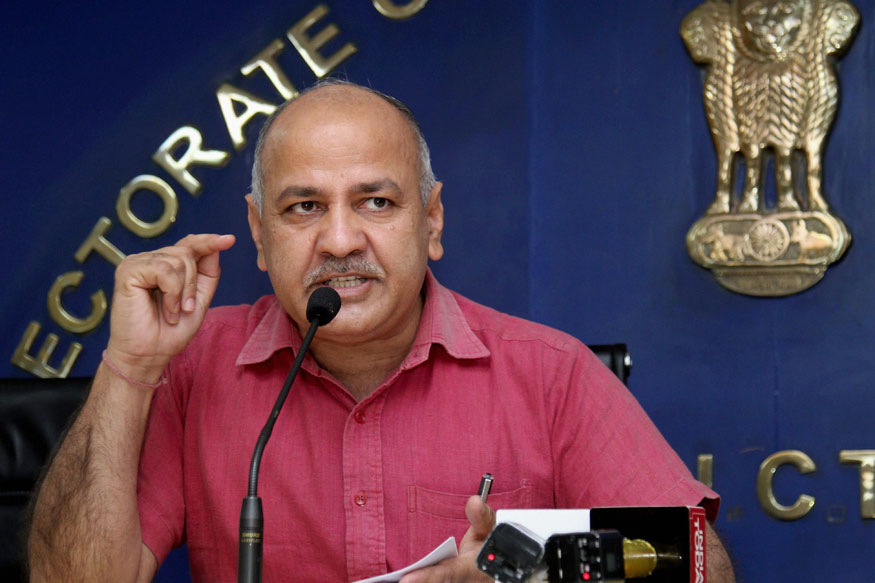 Delhi Deputy Chief Minister’s reaction came after Delhi BJP tweeted a video of Assam minister Himanta Biswa Sarma accusing the AAP and Congress of opposing a proposal to keep traders with turnover less than Rs 75 lakh, out of the ambit of the GST.

New Delhi: Delhi Deputy Chief Minister Manish Sisodia lashed out at the BJP on Monday and accused it of “exploiting” traders through the goods and services tax (GST).

Sisodia’s reaction came in response to a tweet by Delhi BJP where it posted a video of Assam’s minister Himanta Biswa Sarma accusing the AAP and the Congress of opposing a proposal to keep traders with turnover less than Rs 75 lakh, out of the ambit of the GST.

The video of Sarma’s address at the recently-concluded national convention of the BJP showed him charging in a meeting of GST Council that there was a proposal to keep traders with turnover less than 75 lakh out of the goods and services tax ambit, but the finance ministers of the Congress, AAP and the CPM government in Kerala opposed it, insisting the limit should be Rs 20 lakh.

“In this struggle between Rs 75 lakh and Rs 20 lakh, we could manage the relief only to the traders having turnover less than Rs 40 lakh,” he said.

Sisodia retaliated to the charge accusing the BJP of “exploiting” the traders. “Who can be the biggest enemy of traders in the country! BJP wanted to bring traders with a turnover of Rs 5 lakh under the GST but it was fixed at Rs 20 lakh after the opposition of AAP,” Sisodia tweeted.

Despite the “repressive policies” of the BJP, the Delhi government has ensured that traders in Delhi have least losses, and it will continue to do so, he asserted.