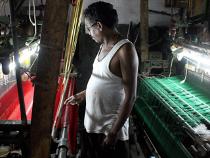 NEW DELHI: Shipments of handmade carpets and other floor coverings have been hit badly following the imposition of 18 per cent GST on job works and 12 per cent on their sale or purchase, thereby affecting livelihood of around 20 lakh workers and their families, a trade body said today.

The Carpet Export Promotion Council (CEPC) based its findings on feedback received from various carpet manufacturers and exporters associations spread across the country.

In a statement, CEPC claimed that almost 5,000 units have been inoperative and are on the verge of closure, spread across the carpet weaving belts.

Moreover, exports of carpets and floor coverings worth around Rs 1,000 crore have suffered on account of these production units being non functional.

“No new orders are being executed and weaving has almost come to a complete closure for new orders. The old orders and old stock is also not moving out of fear of imposition of tax, not getting increased price from buyers due to old contracts and worry on losing money,” the Council said.

According to CEPC, Indian Carpets are losing their competitiveness in the international market while other countries like China and Turkey are set to benefit and fill the space left by the Indian handmade carpets.

And machine-made carpets will quickly fill the lower end of the market and will be imported heavily in India and will add to the imbalance in the foreign exchange and balance of payment,” it said.

It claimed that export orders worth Rs 2,000 crore have been cancelled as importers have refused to pay incremental cost.

“This has affected the livelihood of around 20 lakh of workers and their families in the carpet producing belts,” the Council said.