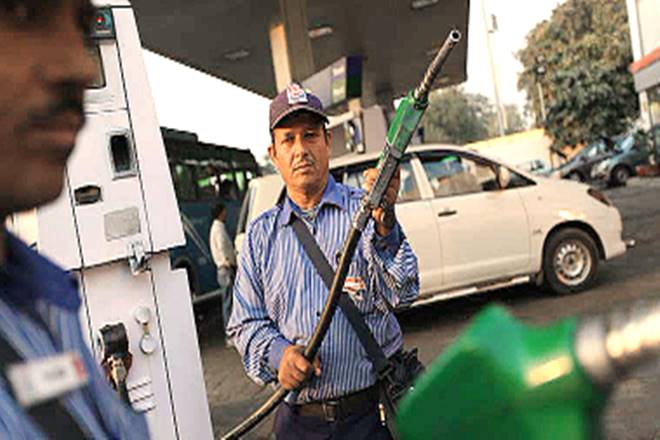 Three weeks after the rollout of the goods and services tax (GST) regime, sale of high speed diesel at fuel retail outlets is down by nearly 30% across Delhi and Haryana due to reduced demand from trucks, fuel retailers in these states told FE.

Three weeks after the rollout of the goods and services tax (GST) regime, sale of high speed diesel at fuel retail outlets is down by nearly 30% across Delhi and Haryana due to reduced demand from trucks, fuel retailers in these states told FE.

However, the demand has improved from the first week of this month when sales had dwindled to only about half of the pre-GST daily consumption.

Although the fuel retailer association and oil marketing companies have said that it was too early to collate numbers for diesel sales across the country, the trend could be gauged from these two states. Given that over two-third of the diesel sold is used by the transport sector, it also corroborates claims of the various transport association across the country that the demand of trucks has drastically reduced under GST as new stocks are not being moved in the same value as before GST .

Among several reasons, transporters have pointed to disruption in textile business due to traders’ agitation and the lack of understanding of reverse charge mechanism (RCM) as most damaging to their business. Although transporters admit that speed of inter-state travel has improved but it couldn’t be attributed entirely to dismantling of sales tax check-post as congestion had also eased due to lesser trucks on the roads.

“The business from major textile hubs like Surat, Ahmedabad, Bhilwada, Salem and Erode has been nearly stalled. For instance, if a truck fleet owner was carrying 100 tonnes of load in June, it has come down to just 10 tonnes after July 1,” Bhim Wadhwa, owner of 350 truck fleet and ex-president of all India motor transport congress told FE. He added that demand for transportation was down nearly 40% since July 1.

KK Nareda, member of all India transporter’s welfare association said that time taken by a truck to reach Mumbai from Delhi had reduced by nearly 10 hours to around 62 hours since July 1 but it has come at the cost of several trucks being stranded due to lack of demand. He noted that lack of clarity on tax collection from transporters under RCM was a dampener too. However, he advised caution in reading too much into the situation as clearer picture would emerge only by August 15.

Under GST, goods transport agencies (GTA) are exempt from registering under GST, but a recipient of such a service will be required to deposit a 5% tax.

This reversal of tax liability from service provider to recipient is known as reverse charge mechanism.

Transporters have pointed to lack of usual commotion at wholesale markets across the country as sign of subdued demand. “Bihar’s largest wholesale market for medicine is Patna, but there has been barely any fresh supplies there as traders are forced to pre-GST stock. If the trucks continue to be stranded for a longer duration, it would lead to default in interest payment on bank loans,” Jagannath Singh, a member of Bihar transport association said.