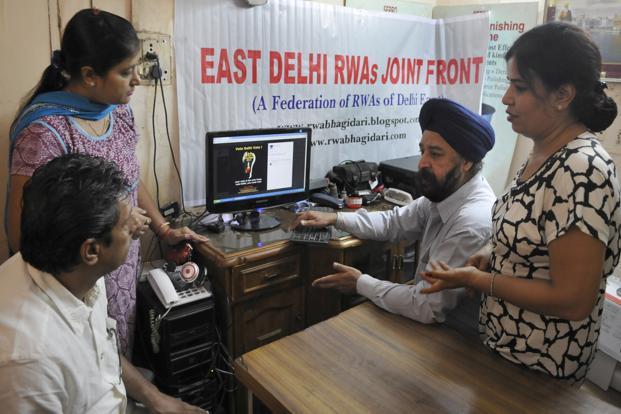 To clear some of the ambiguities created by the implementation of Goods and Services Tax (GST), the government has been regularly coming out with clarifications and notifications.

Whether the resident welfare associations (RWAs) come under the ambit of GST, is one such issue.

To bring in more clarity pertaining to this issue, in a notification dated 13 July, the Ministry of Finance, Government of India, said that services that are provided by smaller housing society RWAs would not become more expensive due to the implementation of GST and in the GST regime no changes have been made to the services that RWAs provide to their members.

Here we provide a snapshot of when GST would apply and when it would not apply to the monthly contributions made by members of an RWA.

On the other hand, even if the monthly contribution in a high-end housing society is Rs15,000, but it has only 10 apartments. This will mean that the annual turnover of the RWA would therefore be less than Rs20 lakh a year, and as a result, the contributions of its members will not attract GST.

In other words, RWAs are required to pay GST on the monthly subscriptions if the subscription is more than Rs5,000 per member and the annual turnover of the RWA—by way of supplying of services and goods—is also Rs20 lakh or more.

However, the RWAs that have to collect GST on the monthly contributions, can benefit by way of input tax credit.

The government’s notification also states that by coming under the ambit of GST, the RWAs could in fact lower their tax burden as they would be able to avail the benefits of input tax credit, which they would have paid to their suppliers in the course of their normal day-to-day working.

Thus, they would be able to avail this credit on account of taxes they may have paid for buying generators, water pumps, lawn furniture, taps, pipes, or other hardware; as well as for services such as repairs and maintenance.

Previously, when RWAs paid central excise or value-added tax, they could not avail the input tax credit and this added to their operating costs.