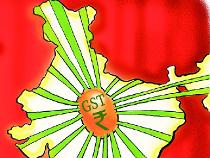 KOLKATA: Central Board of Excise and Customs (CBEC), the nodal national agency for administering customs and GST, was unhappy with West Bengal’s introduction of e-way bill system without waiting for it being launched by the Centre across the country.

“West Bengal is one of the two states in the country which has already introduced e-way bill. We have urged the state to keep the procedure on hold until it is rolled out by the Centre and across the states,” a CBEC official told PTI.  The e-way bill system is creating problems to the trade for being a process working in isolation, he said.

However, the official said, CBEC cannot dictate the state government to withdraw it as it is state subject.

In GST regime, a document called e-way bill, or electronic way bill, is required to transport any good worth more than Rs 50,000.

E-way bill would be rolled out after infrastructure is ready to employ RFID chips and QR codes to ensure that monito ..
Source : http://economictimes.indiatimes.com/articleshow/59721514.cms?utm_source=contentofinterest&utm_medium=text&utm_campaign=cppst