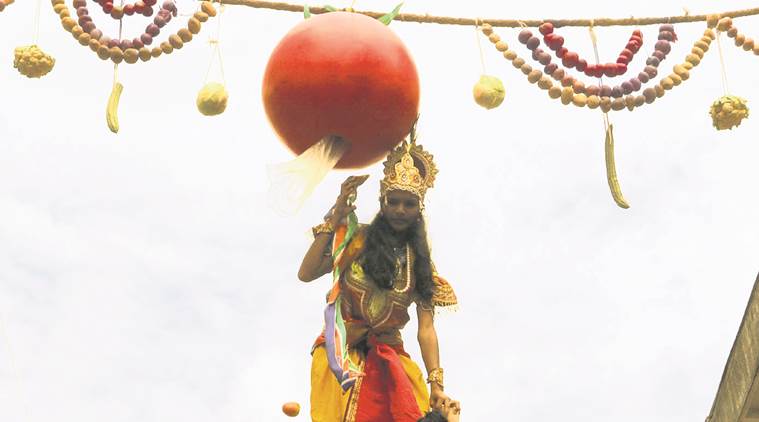 Delay in finalising rules for Dahi Handi festivities could impact the performance of groups participating in human pyramid contests, the mandals have complained. Also, with little time left to co-ordinate with sponsors and participants, the celebrations that are to be organised on August 15 could be somewhat low-key this time.
On Monday, the Bombay High Court refused to pass any order related to age and height restrictions for formation of human pyramids during the Dahi Handi festival. Members of the Dahi Handi Co-ordination Committee claim that the delay has left many mandals without enough time to practise.
“Many mandals actually waited for the decision before commencing practice. A few have started rigorous practise after the order came. The effects of this could be seen on the final day of the festival,” said Kamlesh Bhoir, a member of the Dahi Handi Co-ordination Committee.
The state government is likely to call a meeting this week to discuss if any limit is to be imposed on the number of tiers in the human pyramids.
“There should be no competition between the mandals while forming the tiers. Each mandal must perform as they have practised. Apart from that, we have also asked for safety measures to be implemented by each mandal, including jackets and helmets for the Govindas,” said Bala Padelkar, who is also associated with the committee. The committee has introduced an insurance of Rs 10 lakh for every mandal and an additional Rs 1 lakh for each mandal to cover medical charges.
“The delay in the process also did not leave us with enough time to plan our marketing or sponsorship process. Many sponsors were dissuaded from funding the teams due to the impact of the Goods and Services Tax (GST) on their companies. The dip in business due to GST further led to sponsors drifting away. This has forced many organisers to put in their own money to fund the requirements of Govindas, including t-shirts and other logistics,” Bhoir added.
Bhoir believes that it may also impact the number of participating mandals.
From an average of 900 mandals in the festival, only 700 are expected participate this time.
source: http://indianexpress.com/article/cities/mumbai/dahi-handi-delay-in-setting-rules-gst-could-dampen-sponsors-largesse-4791350/