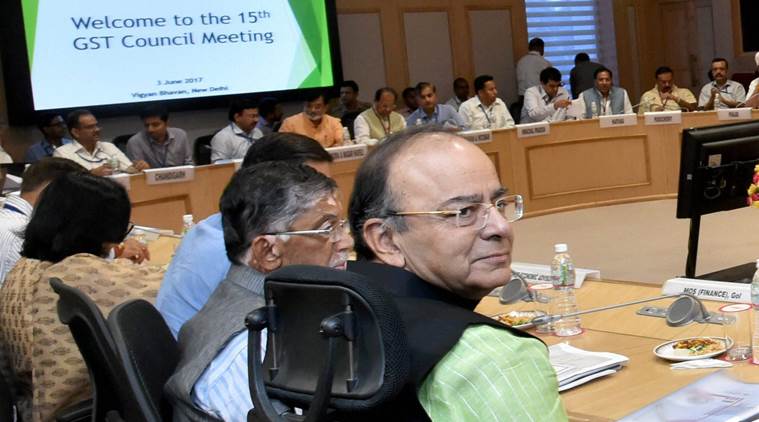 Packaged food items sold under a brand name without a registered trademark may face five per cent goods and services tax (GST). This is among the issues likely to be taken up at the GST Council meeting on Saturday. Other items on the agenda for the day-long meeting in Hyderabad include re-opening of the composition scheme window, hike in cess on cars and correction of anomaly in rates of certain goods.

Finance Minister Arun Jaitley is learnt to have assured representatives of branded food companies with registered trademarks that the government will rectify the anomaly in the Council meeting on Saturday. Widening the definition of ‘brands’ by the Council will end the exemption for a lot of packaged food players who have a logo and a brand name but have not applied for a trademark.

The registered trademark players, especially rice companies, which face a five per cent GST, have protested against the misuse of provision by certain companies, putting them at a disadvantage.

“Several options have been looked into. The crux of the solution lies in widening the definition of a brand. It will need to be expanded to include all players who sell packaged products, irrespective of whether they have a registered trademark or not. The provision has been misused,” said a government official.

“The government may want to consider levying GST on all branded food products. This would be in line with earlier excise provisions with respect to SSI exemption. Alternatively, all such food products should be exempted to avoid such disputes,” said Pratik Jain of PwC India. Packaged food manufacturers, primarily rice, have been avoiding the five per cent GST by either saying that they have applied for de-registration or for trademark but haven’t got it.

“There needs to be a level-playing field in GST as honest taxpayers are getting hurt due to the anomaly,” said Amit Mehta, managing director of Kohinoor Speciality Foods India.

GST Council meet today: Packaged food without trademark may face 5% tax In one of the options, the definition under the earlier central excise regime could be incorporated in GST. Under that, both tradename and brand name constitute a brand.

The composition scheme, which is applicable to specific categories of small businesses whose turnover is up to Rs 75 lakh and had been closed on August 16, may also be reopened. “There is broadly an agreement that the scheme needs to return. The dates for the new window will be decided in the meeting,” said another government official. Only about a million taxpayers opted for the scheme till August 16.

The scheme is applicable to certain categories of small taxpayers — traders, restaurants, and manufacturers/suppliers. One per cent GST is levied on traders, two per cent on manufacturers, and five per cent on restaurants. Cess on big cars is expected to be raised from 15 per cent, taking up the tax incidence. The government increased the cap on cess on automobiles to 25 per cent from 15 per cent earlier, a move that is likely to make all vehicles bigger than four meters such as mid-size sedans, mid-size sports utility vehicles (SUVs), large sedan, premium SUVs and luxury cars expensive.

The Council is also expected to discuss issues pertaining to registration and filing of returns on GST Network. Fitment of rates on certain goods will also be announced.
source:http://www.business-standard.com/article/economy-policy/gst-council-meet-today-packaged-food-without-trademark-may-face-5-tax-117090900003_1.html