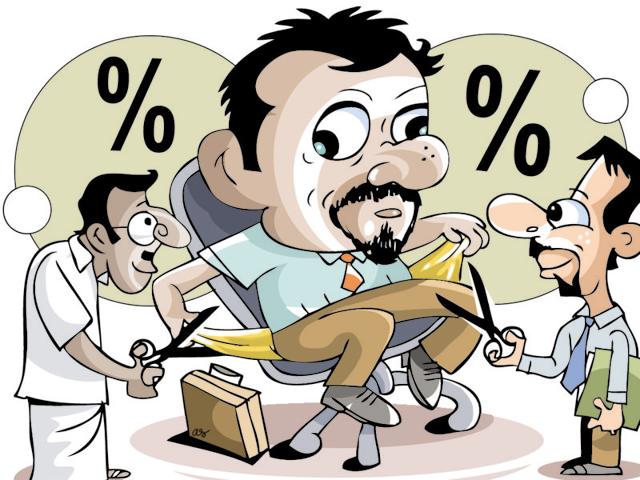 NEW DELHI: A little over two months after the launch of goods and services tax (GST), the Centre has reiterated its plan to shift to a single rate of 18 per cent, or a dual slab of 12 per cent and 18 per cent in the future, while advising states against seeking too many exemptions and periodic reduction in rates for products and services as it would impact the long-term objective.
At the meeting of the GST Council in Hyderabad over the weekend, the Centre sought to refrain states from seeking repeated revision in rates for goods and services in the top slab of 28 per cent and specific guidelines were circulated to the ministers, pointing out that states were forwarding a huge number of representations without prior examination. On Saturday, the GST Council reduced the rates for around 40 items, but most were mass consumption items.
The government had finalised a four-slab GST structure, including two standard rates of 12 per cent and 18 per cent, as it sought to shield households from a possible jump in prices even as it has faced criticism from economists for what they said was not a “perfect model”. The recent GST numbers have raised expectations of a rate cut in the future if the buoyancy is maintained but the government has said that it is too early to reach any conclusion.
For the moment, states have been asked to refrain from seeking too many cuts. The advisory has said that exemptions should not be sought as those may result in the chain for input tax credit breaking down. It has gone on to suggest that goods or services of local importance should be helped through subsidy instead of seeking an exemption or reduction.
TOP COMMENT

This shows govt incompetency. No proper planning before introduction of GST. Govt is hungry to collect taxes by whatever mean. People now realize the fake govt with false promises.
siba Prasad
States have also been advised that they should let prices settle down and input tax credit to flow seamlessly , and any further reduction should be sought after a “reasonable time gap”, of say three months.
source:http://timesofindia.indiatimes.com/business/india-business/govt-eyes-one-18-gst-rate-or-dual-slab-of-12-18/articleshow/60471733.cms