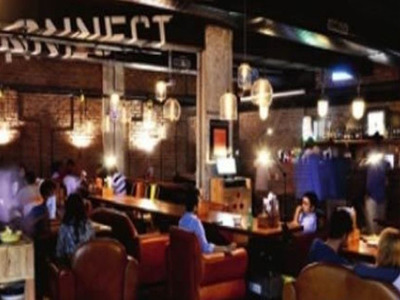 THIRUVANANTHAPURAM: It has been two-and-a-half months since the country logged on to the GST regime. While several other sectors, which migrated to the new regime, have adjusted to its dynamics, confusion reigns in the hospitality sector.There is no end to confusion regarding billing in restaurants and fights between customers and hotel staff are a regular affair. While hotel and restaurant owners are complaining of a substantial drop in profits and soured relationships, regular customers cite instances of illegal tax collection and fleecing by businesses in the name of GST.
“There is no stability in business after GST was introduced. Customers continue to frown at us over bills. To calm them, recently we have offered a discount for takeaways,” said Abdul Shukoor, owner of Zam Zam restaurant chain.
A prominent vegetarian restaurant at Palayam has removed air conditioners from dining area to convert it to a non-AC restaurant and bring down the rate of GST.
Two days ago, members of Kerala Hotel and Restaurant Association (KHRA) staged a protest march to the secretariat seeking changes in GST slabs.They demanded exclusion of hotels with less than Rs 75 lakh annual turnover from GST and reduction of tax from 18% to 5%.
Before the GST implementation, majority of hotel owners had to pay only 0.5% VAT as tax which was not to be collected from the customers. Only star hotels and branded chains charged service tax and various cess components in addition to VAT.”As per the new norms, any hotel which has an annual income less than Rs 20 lakh should not levy GST from the customers. Any hotel that has an annual income between Rs 20 lakh to Rs 75 lakh has the option for compounding or non-compounding method of taxing. A compounding dealer should pay 5% of his annual revenue as tax and he should not levy any tax from his customers. While a non-compounding dealer can levy upto 12% tax (for non-AC hotels) and 18% tax (for AC hotels) from the customers. A hotel with more than Rs 75 lakh turnover should strictly register and make GST taxation compulsory ,” said Thyagaraj Babu, deputy commissioner, state taxes department A hotel owner from Kozhikode blamed illogical norms pertaining to GST implementation for the situation. “According to the norms, if a hotel has an air-conditioner anywhere inside the building, we are supposed to levy 18% tax from the customers. Hence, we are forced to levy 18% tax from people who eat even in the n o n AC a r e a .
This has affected business badly as customers make it a point of con tention and we have to explain it to them,” said Mohammed Su hail, Kozhikode district presi dent, KHRA Apparently, some restauranteers are using the opportunity to overcharge the customers.”Many restaurants in the city claim GST even without possessing identification number (GSTIN). I have experienced this in many hotels across the city,” said Ajith Kumar T L, a businessman.The intelligence wing of the taxes department collected data last month to study about the effectiveness of GST implementation and to identify restaurants that have not taken the GSTIN. Any bill that specifies the GST component should display GSTIN on top, a provision not followed by many hotels.
“If the customers spend time to observe the bill carefully, chances of being cheated can be avoided.Before paying the bill, which has added GST, customers should check if the hotel has a valid GSTIN written on top of the bill and make sure that the hotel is registered. Also, customers should make sure that double taxation is not done, i.e., taxing for each food item is illegal,” said E Khamarudhin, deputy commisioner, taxes (intelligence).