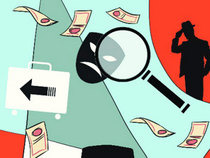 NEW DELHI: The 22nd meeting of the GST Council, chaired by Union Finance Minister Arun Jaitley, will be held on October 6 to deliberate on GSTN glitches and ironing out issues faced by exporters, a ministry official has said.
The meeting was scheduled to be held on October 24 but was preponed in view of the engagements following Diwali festival.
The next meeting of the Council will be held through video conferencing on October 6, the official said.
This will be the second time that the Council meeting would be held through video conferencing. The last such meeting was held on July 17 — the first meeting after the roll out of Goods and Services Tax (GST) from July 1.
The issues that are expected to be discussed include the findings of the Group of Minister (GoM) on technical glitches on the GST Network portal.
Also, some relief to exporters could be on cards as Revenue Secretary Hasmukh Adhia headed panel met 8 export promotion associations today to understand their concerns.