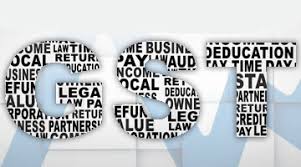 The Study Report titled ‘Implementation of Value Added Tax (VAT) in India-Lessons for transition to GST’ released by the Comptroller & Auditor General (C&AG) of India in Jun 2010 mentioned several cases of profiteering by dealers by not passing on the benefit of price reduction to the consumers in the wake of implementation of VAT in the country. The above C&AG report after checking the records of 13 manufacturers in a State in three initial months of implementation of VAT found that the manufacturers did not reduce the MRP of the goods despite sharp fall in the tax rate post-VAT implementation. As a learning from the VAT experience, legal teeth was sought to be provided in GST law to check profiteering by businesses when GST is being rolled out in the country.
International experiences
To take care of transitional period when the country shifts from the old indirect taxation system to the new indirect taxation system of GST/VAT, various countries of the world like Canada, New Zealand, Australia have introduced anti-profiteering provisions in the GST/VAT law. The international experience also seems to suggest the need for instituting measures to check profiteering in the wake of implementation of VAT, which prevents cascading (tax on tax) thereby reducing the tax incidence on commodities. The Australian Parliament had passed a very strong GST law concerning consumer price exploitation which was to be enforced by the Australian Competition and Consumer Commission (ACCC).
Indian scenario
GST was implemented to provide for seamless transfer of input tax credit across the supply chain in a more comprehensive manner than the erstwhile VAT system, thereby eliminating cascading of taxes. GST was envisaged not with the purpose of generating more revenue as revenue neutral rate (RNR) was the benchmark for deciding the GST rates. The Fitment Committee under the aegis of GST council aligned the GST rates on the various commodities which were close to their present tax incidence. The Indian Parliament while framing the CGST law had mentioned in the Statement of Objects & Reasons that the anti-profiteering provision aims to ensure that the businesses pass on the benefit of reduced tax incidence on goods or services or both to the consumers. The rationale for India to introduce statutory provisions on anti-profiteering, viz. Section 171 of CGST Act, 2017, is to ensure the passing of reduction in effective tax rates to the consumers in the form of proportionate reduction in prices post implementation of GST. Anti-profiteering provisions also aim to check unwarranted consumer price inflation in the economy on account of undue increase in prices of commodities during the transition phase of GST regime.
The likely reduction in prices of goods & services due to GST is not only beneficial to India but also to its neighbouring country Bhutan. The prices of goods imported from India into Bhutan are likely to fall 0-28 per cent.Therefore the Royal Government of Bhutan has directed its Ministry of Economic Affairs & its constituent Office of Consumer Protection to ensure that the fall in prices are passed on to the consumers. Even though prices of goods are cheaper by as much as 28 per cent in Bhutan, local traders are reported to selling goods from India at pre-GST rates, thus apparently absorbing the GST margin as their own undue profit.Applicability of anti-profiteering provisions of GST law: