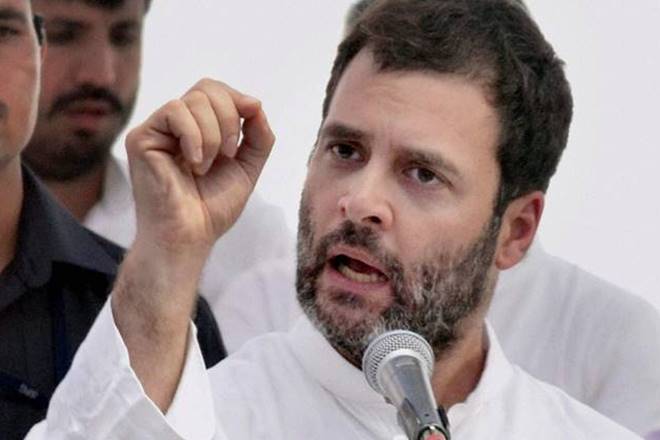 Rajkot (Gujarat), Sep 26 (PTI) Congress vice president Rahul Gandhi hit out at the Narendra Modi government today for taking decisions like note ban and the GST roll-out “without listening to anybody” which “affected the backbone” of the countrys economy.
“This is the big difference between the Congresss ideology and the BJPs ideology. The Congress listens to everyone and then implements a big decision. This government did not listen to anybody and implemented the GST and demonetisation, which affected the backbone of countrys economy,” Gandhi said.
“We may not have good speakers, but we have the quality of listening to people…learning about their problems, we pay attention to everyones suggestion and then decide to implement such big decisions. This government didnt do that and implemented the GST and demonetisation,” the Congress leader said.
Modis decision of scrapping high-denomination currency notes shocked even the “worlds best economists” including former PM Manmohan Singh, he said.
“When I informed him about the Modi governments decision, he could not react immediately… he was shocked,” Gandhi said.
Interacting with small and medium entrepreneurs, teachers and doctors at Hemu Gandhavi Auditorium, he said: “The most difficult job in India is to be an honest politician. An honest politician suffers the most and I have experienced it.”
He assured the trader community that he would pressure the government to simplify the Goods and Services Tax.
“He (Modi) does not listen to anyone, but we will try to make him do so by organising agitations. We will draw the prime ministers attention and try to convince him to simplify the GST norms,” Gandhi said.
The GST has hit the small and medium industry badly, he said.
“Employment can be generated only by promoting small and medium industry, big industry cannot generate employment on a scale that the nation needs,” Gandhi said.
Half the problems created by the GST and demonetisation can be solved if the prime minister starts listening, he said.
“The government has implemented the GST without any preparation. The bill was drafted when the Congress was in power but the BJP government got it passed after introducing changes,” Gandhi said. PTI VJA KRK SK GVS GVS