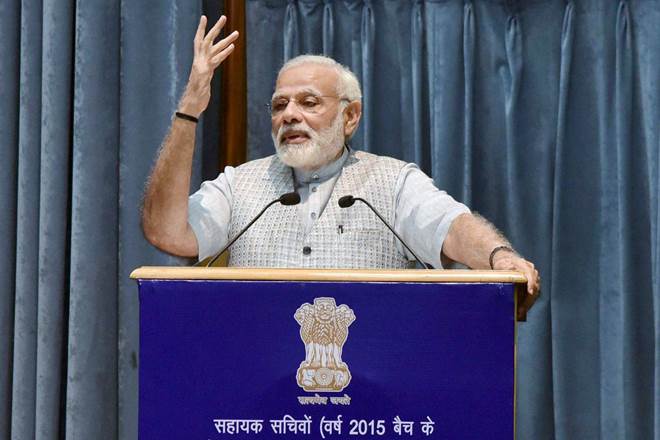 “On GST, Prime Minister said that while traders across the country are positive and are accepting this new taxation arrangement, they need handholding so that their problems can be resolved. He urged the Chief Secretaries to use the district administration in this regard, so that small traders are facilitated to access and adopt the new system,” a statement issued by the PMO said

“He reiterated that small businesses must register with the GST network, to take advantage of business opportunities. He said that the common man and the trader must benefit from this path breaking decision,” the statement added.
“Today, in the twenty-second meeting, the Prime Minister reviewed the progress towards handling and resolution of grievances related to the banking sector. The Prime Minister asked the Secretary, Financial Services, to look at ways to increase the use of RuPay debit cards that have been issued to Jan Dhan account holders. The Prime Minister was briefed on the relief that has been received by the Jan Dhan account holders, as part of the insurance provisions that are linked to these accounts,” ” the PMO statement said.

The India Myanmar Friendship Bridge was also reviewed at Wednesday’s meeting along with progress of the National Heritage City Development and Augmentation Yojana (HRIDAY), and the Sugamya Bharat Abhiyan (Accessible India Campaign) for the Divyang.
“The Prime Minister said that while many Union Government departments are now using the Government e-Marketplace (GeM), only ten States have so far shown keenness in using it. The Prime Minister said that GeM increases the pace of procurement, and boosts transparency, besides supporting enterprise at the local level. He urged all Chief Secretaries to explore its use to the extent possible, to minimize leakages and delays,” the PMO statement added.
source:http://economictimes.indiatimes.com/news/politics-and-nation/traders-need-hand-holding-to-resolve-gst-problems-prime-minister-narendra-modi/articleshow/60858039.cms