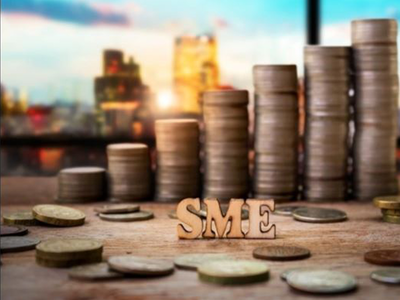 NEW DELHI: The Centre will use Friday’s GST Council to push through relief measures+ and calm jittery businesses complaining about the new tax regime. The panel of state and Union finance ministers is expected to ease exporters’ pain by allowing electronic payment of taxes through “virtual currency”, while announcing a series of steps for small and medium enterprises as it seeks to smoothen the implementation of GST.
Expectations of a raft of measures were triggered after PM Narendra Modi’s strong defence of the health of the economy on Wednesday, which he backed up with a meeting with finance minister Arun Jaitley and BJP president Amit Shah on Thursday.
Shah, who is supposed to provide critical political feedback, cancelled his return to Kerala on Thursday for the planned padyatra. Jaitley skipped a scheduled speech at the India Economic Summit on Thursday evening.
Sources, however, described the meeting as routine. Details of the meeting were sketchy, but sources said addressing concerns related to GST are top priority for the government.
Virtual currency, quarterly returns part of relief plan
The big focus on SMEs and exporters, which have been hit hard by GST, will see the Centre and the states allow for filing of quarterly returns by businesses with turnover of up to Rs 1.5 crore.
This is in addition to a proposal to increase the threshold for the composition scheme to Rs 1 crore from Rs 75 lakh, which will allow small businesses, inlcuding eateries, to pay 1-5% tax (based on the businesses they are in) without having to deal with the three-stage filing process, sources told TOI.
On Wednesday, PM Narendra Modi had promised to address all the concerns related to GST.
On Sunday, revenue secretary Hasmukh Adhia had told TOI, that the GST Council was expected to remove irritants for SMEs and exporters. In his Dussehra address, RSS chief Mohan Bhagwat had also called for securing the interests of small businesses and farmers.
While GST has not impacted consumers in any significant manner, businesses are complaining, with SMEs saying that several of them are no longer preferred suppliers to large businesses who insist that they should be registered with the IT network and be part of the tax chain.
In case of relief for exporters, the committee headed by Adhia has suggested that for July, all refunds be processed by October 10 and, for August, this task is to be completed by October 18 on the basis of returns that have been filed. For input credit too, the timeline will be fixed as the Council seeks to speed up the entire process, compared to five-six months taken earlier.
The committee was unable to find a solution to address the concern related to working capital getting blocked, although two options, including exemption from payment of IGST and cess on imported inputs and nominal GST for merchant exporters were considered.
Several finance ministers are, however, in favour of the second option which will allow for notional credit of taxes through an electronic medium — being referred to as virtual currency or e-wallet.
The credit will be on the basis of past export performance and this can be used to meet the tax liability. Subsequently, this will be adjusted against the refund payable, said sources.
For domestic purchases, exporters will transfer the virtual currency to the suppliers, who can use it to pay taxes. Exporters have complained that a shift from the earlier system, which exempted them from payment of taxes on inputs used for export to a new mechanism where they are expected to pay IGST and seek refunds later, has pushed up their working capital requirement and is making them uncompetitive.
Other measures to address concerns related to Exim scrips, which are used to pay taxes, are being considered.
SOURCE:https://timesofindia.indiatimes.com/business/india-business/gst-council-set-to-give-relief-to-smes-and-exporters-today/articleshow/60963580.cms