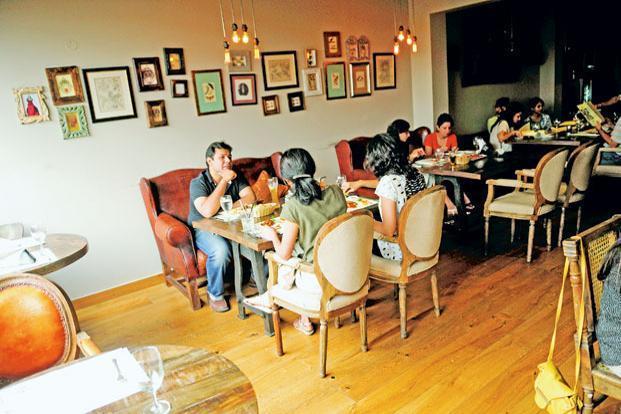 New Delhi: A panel set up by the federal indirect tax body, the Goods and Services Tax (GST) Council, on Sunday concluded that there is a case for doing away with the distinction between air-conditioned (AC) and non-air-conditioned restaurants and that both could be taxed at the same lower rate of 12%, two people familiar with the development said on condition of anonymity. The five-member ministerial panel also arrived at the view that the 18% GST rate on AC restaurants may be retained only on those located in five star and above rated hotels. At present, AC restaurants including those in five star and above rated hotels are taxed at 18% GST and non-AC ones at 12%. The idea of taxing AC restaurants at a higher rate was on the assumption that they sell not just food but also amenities. “There is consensus that there is no need for a distinction between AC and non-AC restaurants. It can only create confusion,” said the first of the two people cited above, requesting anonymity.

The final decision will be taken by the GST Council chaired by finance minister Arun Jaitley at its 9 November meeting in Guwahati. The ministerial panel will meet again on 29 October to fine tune the proposals before placing them before the council, the person said. “There has been a convergence on views that the GST rates on restaurants should get lowered. In fact, there is a view that in this age, we should not differentiate between AC and non-AC restaurants,” said the second person cited above, also requesting anonymity.

“It is a logical and rational move. In a value added tax system, there is no need for distinction in rate of tax for various classes of the same service as the same tax rate will yield the exchequer higher tax revenue wherever value addition is high,” said Prashant Deshpande, partner at Deloitte India.

The panel will decide at its next meeting whether AC restaurants should be taxed at 12% with or without the benefit of tax rebates. Under GST regime, these entities get rebates for the taxes they pay on various items used in the course of their business. There have been complaints that many restaurants did not pass on benefit of this rebate to consumers. However, the panel has to examine if denying input tax credit is consistent with GST’s structure.

The terms of reference given to the panel for examination include “the tax structure of different categories of restaurants, with a view to their possible rationalization or reduction”. The council had originally kept the GST rate on restaurants housed in hotels rated five stars and above at 28% but subsequently lowered it to 18% in June.

Prior to the rollout of GST from 1 July, a service tax of 15% was levied on 40% of the food bills at restaurants, which worked out to 6% of the total food bill. In addition, states used to levy their own value-added tax.
source:http://www.livemint.com/Politics/58cWh0TenAcO9Z7MWumBQM/GST-Distinction-between-AC-nonAC-restaurants-may-go.html