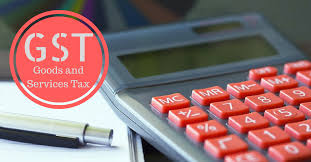 It’s been barely three months after the introduction of the Goods and Services Tax (GST), the good and simple tax law has been further simplified. The hon’ble Prime Minister also stated that the decisions taken by the GST Council in its twenty second meeting has evoked the mood of Diwali festival for taxpayers.

The government was flooded with several representations primarily from the exporters as well as Small and Medium Enterprises (SME) on the varied challenges faced by them in the first quarter of GST implementation. The trader community especially merchant traders/exporters were facing serious concerns on account of blockage of working capital and delayed refund of the taxes paid on export of goods or services. The taxpayers were finding it difficult to undertake compliances correctly due to system issues and they were puzzled by the complications in the return filing process, reverse charge on procurement from registered suppliers, etc.

Taking a note of the increasing dissent in the exporter and trading community, the GST Council has taken several decisions which is expected to benefit the exporters and SMEs and is intended to ease the compliance burden. Some of the key decisions taken by the GST Council especially for exporters include the extension of upfront exemption from IGST on procurements available under various schemes such as advance authorisation, Export Promotion Capital Goods Scheme and 100% Export Oriented Units (EOUs). The exemption will apply to procurement of goods whether imported or sourced indigenously. However, the said benefit is not extended to procurement of services. As the contribution of services sector increases in the economy, the exporters would have rejoiced had the scheme extended to cover the procurement of services as well. Further, in the absence of any specific notification, it is not clear whether the service export units (such as Software Technology Parks of India /Service EOU) can avail the said exemption.

Another attempt made to alleviate the burden of working capital for merchant exporter was to reduce the GST rate on the procurements made by such exporters to a marginal rate of 0.1%. The GST Council has also announced that the refunds of the IGST paid on exports in the month of July 2017 will be paid/cleared from 10 October 2017 and that for the month of August 2017 will be cleared from 18 October 2017. The authorities also issued a Circular on 9 October 2017 clarifying the procedural aspects for grant of refund to exporters. Trade and industry will celebrate the festival of lights if the burden of working capital is made lighter by actual grant of refund within the timelines announced.

Contrary to the industry demand for abolition of the e-way bill system, the GST Council has decided to implement the same in a staggered manner from 1 January 2018 and on an all India basis from till 31 March 2018. The industry believes that given the stringent control and penal provisions for issuance of invoice/delivery challan for every movement of goods, the requirement for e-way bills could unnecessarily lead to additional compliance burden and not contribute to the ease of doing business in India.

Small enterprises can rejoice as the limit for composition scheme has been enhanced to INR1 crore in a move to provide relief to a large base of small taxpayers. Also, the SME sector has been granted the facility to furnish tax returns and tax payments on a quarterly basis instead of a monthly return/payment. However, all the taxpayers will have to file the monthly returns for the first quarter and the benefit of quarterly returns can be availed only from the quarter of October-December 2017. Thus, all taxpayers will have to experience the online matching concept and monthly return for the first quarter ending on September 2017.

Unlike the erstwhile regime, the time of supply of goods also includes the receipt of advance and this has affected small dealers and manufacturers as they had to prepay the GST. Therefore, the GST Council has granted a waiver from payment of GST on receipt of advances. Now, small dealers and manufacturers having an annual aggregate turnover upto INR1.5 crore shall be liable to pay GST only on actual supplies of goods and not on advances received. This can also help eliminate the issue of non-availability of input tax credit albeit only for a small section of the taxpayers. Even the Tax Deducted at Source (TDS) and the Tax Collected at source (TCS) provisions are deferred till 31 March 2018.

Besides the above key measures, the GST Council has also rationalised the applicable GST rates for many products in line with the industry representation. The noteworthy items primarily include food items, unbranded ayurvedic/homeopathy medicines, man-made and synthetic/artificial filament yarn, e-waste, etc.

Another crucial matter for the manufacturing sector is the uncertainty on the quantum of area-based incentives including incentives offered by states under the state industrial policy. Though recently a notification to the effect was issued in the public domain by the central government, the stand of state governments is not clear.

While some relaxations announced by the GST Council are a step in the right direction, however, the job is not yet done. These measures are primarily aimed at the SME sector and all other taxpayers who have an annual turnover of more than INR1.5 crore will still be required to comply with stringent compliance under GST. Besides this, there are several other challenges which the industry is facing especially with regard to stabilisation of GSTN/technical glitches and it is expected that the GST Council will accord due importance to these issues to help ensure that the real intended benefit of GST is enjoyed equally by the trade and the consumer. These steps in a continuous dialogue between the government and trade can really make GST, in a true sense, a Good and Simple Tax.