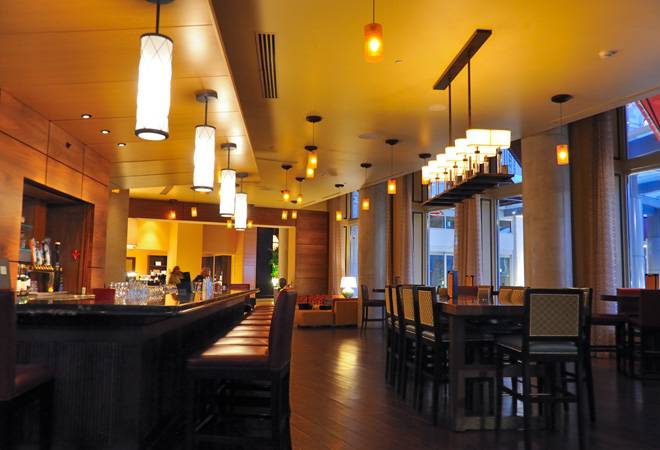 Eating out at may become cheaper once again as government is reportedly planning to slash Goods and Services Tax on air-conditioned restaurants in November. The Finance Ministry is favouring a decline in GST charged on AC restaurants, according to a report by ET Now, on the back of consumer complaints about rising restaurants bills since GST rollout in July earlier this year.
According to the report, the group of ministers (GoM), led by Assam Finance Minister Himanata Biswas, took up the issue of GST on AC restaurants in its first meeting yesterday. The rest of the group consists of Bihar Deputy Chief Minister Sushil Modi, Jammu and Kashmir Finance Minister Haseeb Drabu, Punjab Finance Minister Manpreet Singh Badal and Chhattisgarh Minister of Commercial Taxes Amar Agrawal.
The GoM was formed by the all-powerful GST Council in its last meeting on October 6 with the mandate to revisit the GST rates for various categories of restaurants with a view of rationalising or reducing the said rates. The ministerial panel looking into GST on AC restaurants and ways to make composition scheme more appealing is expected to submit its report early in November.
The recommendations of the panel will be taken up for discussion in the 22nd meeting of the GST Council, scheduled to be held on November 9. That is when a decision on the changing the tax slab for AC restaurants is expected to be taken.
As of now the AC restaurants pay 18 per cent GST, whereas non-AC restaurants pay 12 per cent GST. The GoM is supposed to ascertain whether the restaurants are passing on the benefits of cost reduction under GST to their customers or not, and if they are not, should be denied input tax credit claims.
There is no word on any reduction in GST rates for non-AC restaurants, though.
Another task assigned to the ministerial panel is to find way to make the composition scheme more attractive. To this end, the GoM would assess whether turnover of exempted goods can be excluded from the total turnover threshold for levying tax under the composition scheme. In its last meeting, the GST Council had agreed upon increasing the threshold for opting for composition scheme from Rs 75 crore to Rs 1 crore to bring more taxpayers under the fold of the scheme.
Those opting for the composition scheme have to fill quarterly GST returns, instead of three monthly returns, and pay their GST on a single rate. The taxpayer is, however, not eligible for claiming input tax credit. Meant to bring small and medium taxpayers in the tax net by simplifying the tax filing procedure, the composition scheme has received lukewarm response by far.
source:http://www.businesstoday.in/current/economy-politics/ac-restaurants-gst-on-restaurants-dining-cheaper-gst-council-arun-jaitley-gst-rate/story/262155.html