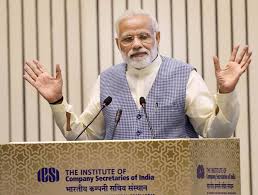 Faced with growing concerns about problems small businesses faced with regard to the compliance requirements of the new Goods and Services Tax regime, the GST Council, which is headed by Finance Minister Arun Jaitley, had announced a few revisions on October 6.

Among other things, Jaitley announced that firms with an annual turnover less than Rs 1 crore will now be eligible for the composition scheme. The earlier threshold was Rs 75 lakh a year. By opting for this scheme, small businesses can avoid tedious paperwork and pay GST charged at a fixed rate on their turnover.

Billed as India’s biggest tax reform, GST subsumes all the indirect taxes that businesses earlier paid the Centre and states separately with the aim of creating a common market. It involves a complete overhaul of the tax filing system.

There are five tax slabs under the normal GST regime – No tax, 5%, 12%, 18% and 28%. Under this regime, an enterprise with a presence in all of India’s states and Union Territories can be required to file up to 1,332 returns a year.

The composition scheme provides a simpler and narrow rate slab across all commodities traded or produced. Under it, summary returns have to be filed only once every three months. But it comes with restrictions. For one, enterprises opting for this scheme are not eligible to claim input credit – a reduction in the tax paid on their output, equivalent to the tax paid by previous rungs in the value chain. But this also means that they are saved the hassle of continuously linking up taxes paid on all inputs to the tax collected from their customers in the GST portal in order to claim input credits.

Businesses must have a turnover less than Rs 1 crore a year.
The firms cannot engage in any inter-state business.
Only manufacturing, trading and restaurant businesses are eligible. Services businesses, manufacturers of pan masala, ice-cream, tobacco and tobacco substitutes are ineligible.
Firms cannot purchase goods from an unregistered supplier, and if they do, they have to pay tax on the goods purchased as per GST slabs.
Once an enterprise opts for the scheme, it follows a different indirect tax regime than others. Under this scheme, traders must deposit tax at 1% of their total revenues, while manufacturers are charged a flat rate of 2%. Restaurants that do not serve alcohol deposit tax at the rate of 5%.

The enterprise then files a return every quarter outlining the details of its turnover and how much tax it has deposited over the three-month period. This makes life easier for small and medium enterprises such as grocery stores or bakeries as they do not have to file multiple returns. However, there are a couple of disadvantages too.

What are the disadvantages of the composition scheme?
For one, enterprises are only eligible for the scheme if they restrict their operations to the state the business is registered in.

Additionally, under the composition scheme, firms cannot claim any input credits on the tax they paid on goods purchased from suppliers. For instance, if a bakery buys flour to make biscuits from a GST registered supplier and pays tax on it, it cannot claim input tax credit under the GST system when it sells the biscuits to its customers since it is registered under the composition scheme.

The enterprise is not permitted to charge GST from its customers either.

Additionally, the scheme also limits the number of ways in which goods can be sold, said Archit Gupta, founder, ClearTax.

“You cannot sell goods through online sellers such as Amazon or Flipkart if you have opted for the composition scheme as e-commerce has to be mandatorily registered under the normal GST regime,” he said.

However, there is also a possibility that a businessman, in order to avail of the composition scheme, may set up multiple companies and can claim benefits under the scheme.

“Technically, the law does not stop a person from setting up multiple companies with different Permanent Account Numbers, which makes them different entities and would have separate GST registration,” said Prashanth Agarwal, Partner-Indirect Tax at the consulting firm PwC. “Entities with distinct registrations can run as separate businesses with their respective limits under the composition scheme.”

Few takers for the composition scheme
The Union government has claimed that many of the taxpayers in the system do not contribute much to the new GST system because of the cost of compliance. This is what perhaps prompted the GST Council – as highlighted in this column in the Business Standard – to increase the eligibility threshold for businesses for the composition scheme to Rs 1 crore turnover a year.

But so far, only 15.5 lakh enterprises have opted for the scheme.

“There clearly hasn’t been much take off just yet, which is why the government has pushed the deadline [for registering for the composition scheme] till March 2018,” said Gupta. “But the composition scheme is a win-win for both parties as businesses get easier compliance and the government gets to pocket all input tax credit which these businesses do not get to avail.”

Business owners claim the scheme has not found favour among the business community because of the restrictions it comes with.

“The composition scheme disallows people from doing inter-state trade,” said Praveen Khandelwal, National Secretary General of the Confederation of All India Traders. “Much of trade is inter-state so there is no way traders can enter the scheme and avail its benefits.”

However, he conceded that the easing up of GST returns filing requirements for businesses with annual turnover less than Rs 1.5 crore is likely to help the industry.

He was referring to a move aimed at easing the burden of compliance for smaller businesses, which Jaitley had also announced on October 9. Jaitley said that businesses with revenues of less than Rs 1.5 crore a year will be allowed to file only quarterly returns instead of monthly returns, and still avail of the input tax credit. Such businesses comprise nearly 90% of all assesses.

“We welcome the government taking note of traders’ concerns and easing up the filing requirements to just quarterly returns,” said Khandelwal. “Many traders are likely to take benefit of this move.”

The next few months will tell if the Union government’s decision relaxing filing requirements for smaller businesses will come at the cost of the composition scheme or if different businesses will look at the costs and benefits of each option with more nuance.
SOURCE:https://scroll.in/article/853977/what-is-the-composition-scheme-that-the-government-claims-has-brought-in-an-early-diwali-for-firms