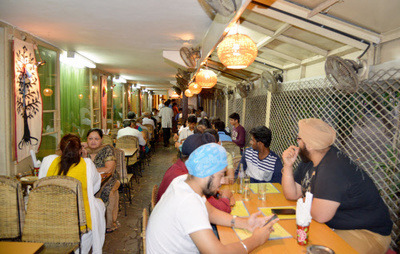 According to a Times of India report, the proposed change in the tax rate follows complaints that restaurants were pocketing the benefit of input tax credit for taxes paid by suppliers and the tax burden on those eating out was high. The withdrawal of input tax credit will make it a flat tax structure, with many suggesting that it will end GST on restaurants in its purest form.

On October 29, the panel will again hold a meeting to discuss the issues before placing it before GST Council. The final decision will be taken by Finance Minister Arun Jaitley in November 9 GST Council meeting in Guwahati.

Besides, the panel will also decide whether AC restaurants should be taxed at 12 per cent with or without the benefit of tax rebates, The Mint report said.

Read more: Hotels, restaurants may have to pay tax on service charges

At present, AC restaurants get rebates for the taxes they pay on various items used in the course of their business. However, there have been complaints that many restaurants did not pass on the benefit of this rebate to consumers.