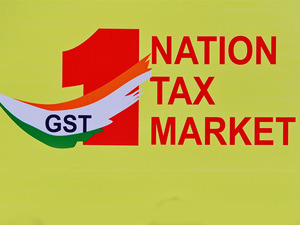 NEW DELHI: A new GST reimbursement scheme has left Dabur, Godrej and many other FMCG and pharmaceutical companies worried about their manufacturing operations in Himachal Pradesh, Uttarakhand and some northeastern states where they used to enjoy excise duty exemptions.

Apprehension has set in after the department of industrial policy and promotion (DIPP) last week unveiled guidelines of a scheme that replaces the erstwhile excise-free zones, offering 58% central GST reimbursement.

Companies that outsource manufacturing to job workers in these states have petitioned the government saying the new restrictions may render their businesses unviable. They are also exploring legal options.
Many pharma companies including Cipla, Dr Reddy’s, Johnson & Johnson and Wockhardt have plants in excise duty-free zones in Himachal Pradesh. TVS MotorBSE 0.28 %, Lloyd Electric, TAFE and some other automobile component makers too have units in the hill state.

The new scheme, coupled with the fact that typically, the CGST rate is less than excise duty rate, means the absolute quantum of benefit gets reduced for the companies, say industry experts.

Industry fears that the new guidelines would only cover the manufacturing cost of a product at the job work level. In the previous tax regime, companies used to get excise benefits on the maximum retail price of the products.

“The new DIPP scheme does not highlight GST budgetary support to third-party units located in the listed states. Basis our current understanding, GST budgetary support will be calculated on the value addition or the profits earned by third party processors. This will be much lower than the excise benefits enjoyed in the pre-GST regime,” said Sameer Shah, Head, Finance (India & SAARC) and investor relations at Godrej Consumer Products.

“It seems that if goods are manufactured by a third party, either under the job work or contract manufacturing model, the refund would be a function of the amount paid to such third parties, which means that the benefit might get significantly diluted,” said Pratik Jain, leader-indirect taxes at PwC.

Industry has, as such, sought clarity from government on the new scheme

“We are in discussions with the authorities on this along with issues on timing, quantum of the state’s share of GST budgetary support for owned units and also extending GST budgetary support to units that have made substantial investments in the listed states but have not commenced commercial production on the GST cutover date,” Shah said.

Chief executive of a large foods and personal care company also said that they have sought clarification from the government on the scheme.

Companies may have to relook at their businesses and also rework the pricing mechanism. “We are evaluating options and will take appropriate steps,” said Lalit Malik, CFO, Dabur India.