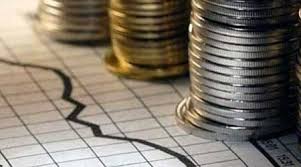 The government has provisionally released Rs 8,698 crore to all states and Union territories with legislatures, barring Rajasthan and Arunachal Pradesh, as compensation for revenue losses incurred during July-August on account of implementation of Goods and Services Tax (GST), two officials aware about the development said.
Though the compensation payout stands at about 58 per cent of the total amount of Rs 15,060 crore raised from cess during the first two months of the GST rollout, it is expected to rise going ahead as the revenue losses to states were subdued due to higher-than-expected VAT collections in June, officials said.
States had majorly benefitted in terms of higher VAT collections in June (which flowed in state government coffers in July) due to huge destocking by businesses before the GST rollout from July 1, but now with VAT and other state levies subsumed in the new indirect tax regime, the government will have to take into account a wider revenue gap while making the compensation payout for September-October next month, the officials said.
“A lot of to and fro is happening between the states and the Centre regarding the compensation payout. Rs 8,698 crore is a provisional figure and may change at the end of the year when revenue numbers would be finalised. Compensation payout is also expected to increase going ahead as July numbers were significantly lower due to high VAT collections by states,” one of the officials said.
Last month, all states were asked to furnish data on taxes collected in the month of July and August 2017 from taxes subsumed under GST. For Rajasthan, the base year revenue for the year 2015-16 was Rs 17,159 crore, which when calculated for a month after projecting an increase of 14 per cent per annum as per the Compensation Act comes out to be Rs 1,858 crore, officials said. “Rajasthan reported a revenue collection figure for July sharply lower than Rs 1,858 crore. The reason for this steep decline in collection of revenue in July 2017 is being ascertained from Rajasthan since it is at variance with the revenue collection reported by other states for July,” the official said.
Also, compensation to Arunachal Pradesh was not released as the state did not report revenue collected in the month of August, the officials said, adding that the state has been asked to furnish the data for the same.
The government had raised Rs 7,216 crore and Rs 7,844 crore as compensation cess during July and August, respectively. The compensation cess is levied on sin and luxury goods over and above the highest tax rate of 28 per cent under GST.
As per Section 7 of the Goods and Services Tax (Compensation to States) Act, 2017, states and Union territories with legislatures have to be compensated for revenue losses arising out of implementation of GST during the five-year transition period beginning from the date on which the SGST Act of the concerned state has come into force.
The GST (Compensation to the States for Loss of Revenue) Act has projected the revenue growth for states during the five-year transition period to be 14 per cent and the financial year of 2015-16 has been fixed as the base year for calculation of compensation amount, with the base year tax revenue including states’ tax revenues from state VAT, Central sales tax, entry tax, octroi, local body tax, taxes on luxuries, taxes on advertisements.
However, any revenue among these taxes related to supply of alcohol for human consumption, entertainment tax levied by the states but collected by local bodies and petroleum products not part of GST will be excluded from the base year revenue.
The Act also states that the compensation payable to a state shall be provisionally calculated and released at the end of every two months and shall be finally calculated for every financial year after the receipt of final revenue figures, as audited by the Comptroller and Auditor-General of India.
In case, any excess amount has been released as compensation to a state in any financial year during the transition period, as per the audited figures of revenue collected, the excess amount so released shall be adjusted against the compensation amount payable to such state in the subsequent financial year.
source:http://indianexpress.com/article/business/economy/arun-jaitley-gst-tax-revenue-loss-centre-pays-rs-8698-crore-to-states-uts-4895692/