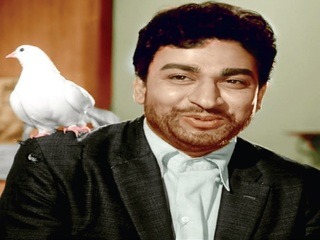 Everybody hates the taxman. When Finance Minister Arun Jaitley presented his budget for 2017, he mentioned that we were largely a “tax non-compliant society”. He added that as per income-tax data, only 1.72 lakh individuals earn more than Rs 50 lakh a year in India. His statement met with giggles in Parliament.

Sandalwood, however, presents a different picture. Not a single artist, be it an actor, director or a musician has paid the Goods and Service Tax so far. And Friday (October 20) is the last day to file GST returns for July and August. Forget filing returns, none has registered and obtained GST numbers.

“Over 18,000 individuals and private concerns across Karnataka have registered and obtained GST numbers. However, the number is zero for the Kannada film industry. They should have enrolled or migrated (from service tax) and should have filed returns in two forms for the month of July by now. The GSTR1 form should have been filed even if the transaction or turnover is nil. The GSTR3B form is filed when there is tax to be paid. Forms for July should have been filed by August and for August by October 20. But there is none so far,” said K Raman, Joint Commissioner of Commercial Taxes.

From actors to choreographers, every professional working in a film has to pay GST. “Film artists include actors, cameramen, directors, music directors, art directors (assistant or associate directors, stunt masters also) choreographers, lyricists, singers, story-dialogue writers, costume designers etc. Even if these people were paying service tax earlier, they have to obtain GST numbers by migrating to the new system. The returns have to be filed every month,” said advocate M Lava.Artists have to pay GST at the rate of 18 per cent. “For example, if an actor receives Rs 1 crore as remuneration, he has to pay Rs 18 lakh as GST. It is very counterproductive if you do not pay. The interest on non-payment itself is 18 per cent. Plus you have to pay penalty and there is also penal action,” said Lava.

When film professionals do not pay GST, it is the producer who is the loser. “GST helps producers. They can claim input tax exemption for the money they invest on a film. In case of loss, they can claim full input exemption. They pay hundreds of professionals in each film. At least 10 per cent of them come in the above Rs 20 lakh category. If everyone from the director, actors and costume suppliers pay GST, the producer’s burden is reduced. Even if the film does not make a single penny, he can still claim the GST paid by them,” said Raman.

Karnataka Film Chamber of Commerce (KFCC) vice-president Umesh Banakar said, “It is true that a crisis is looming over eyeryone’s head. This adamant behaviour will not help. Apart from the tax, film professionals will end up paying interest and penalty on it and a possible penal action.”

Kannada film representatives had lobbied the state government about the GST for film professionals. Insiders say that the state wanted them to get the assurance of the Union government that it would waive its share. But it was obvious to everybody that that was never going to happen. But in the meantime, everyone seems to have forgotten to register and file their GST returns.
SOURCE:http://bangaloremirror.indiatimes.com/bangalore/cover-story/gst-doesnt-figure-in-any-sandalwood-script/articleshow/61146166.cms?