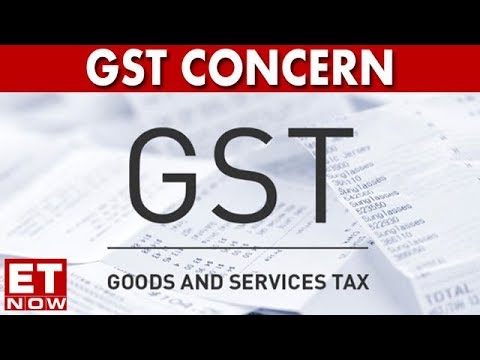 Four months since the launch of the goods and services tax (GST) a number of concerns and questions remain:

The GST Bill has not infringed on the rights of the state legislatures. In fact, the amendments to the Constitution have been made by consensus and all states have agreed to the GST scheme. It is also gratifying that all decisions of the GST Council have been unanimous so far. The state legislatures have obviously agreed to the GST scheme because the levy of value-added tax (VAT) on alcohol and petroleum products has been left out of it, whereby a substantial part of the revenue accruing to the states continues to be protected as state subjects. At the same time, accommodating the demands of the states has weakened the GST regime by making it complicated. It has also resulted in very high rates of taxation including GST rates of 28 per cent and above.

The announced exemption for firms with a turnover below Rs 20 lakh is very low and will not ensure protection of the informal sector. Further, the reverse charge mechanism (RCM) is a serious blow to the informal sector and it has reportedly resulted in very small units being affected since larger units are reluctant to buy from them because of the RCM. Fortunately, this mechanism has been postponed till March 2018.

The GST scheme was expected to increase GDP growth. But the complicated structure and the initial infrastructural problems have resulted in several units of all sizes facing difficulties in compliance. There are also reports that the manufacturing sector has experienced a slowdown and exports have been affected because of GST issues. The need for payment of the GST at the outset and for claiming refund at a later point of time has also impacted cash flow. For the present, the GST scheme will not give any boost to GDP growth.

Traditionally, the bullion and jewellery sector has been subjected to very low rates of tax because of difficulties in compliance and the largely unorganised nature of business in this area. The tax rate of 3 per cent is a continuation of a similar rate that prevailed at an earlier point of time.

As far as the real estate sector is concerned, there is no justification for keeping it outside the ambit of the GST. Indeed, housing is an extremely important segment of the economy and including housing in the GST would have benefited housing projects for weaker sections. By excluding housing from the GST, the cost of individual apartments is bound to go up and this will particularly hit the lower middle class. When all inputs like cement and steel are subject to the GST and when renting of immovable property is also subject to the GST, there is no justification in disallowing GST on the ground that the houses which are constructed are immovable property.

At the same time, alcohol was kept out of the GST because of political compulsions and because it is a substantial source of revenue for most states. They would not have parted with the right to levy taxes on potable alcohol and without this concession the GST would not have been possible.

At present, it is still uncertain as to who will gain or lose in the long run from this major tax reform. It is likely that large sectors may benefit because of input credit on both goods and services and elimination of interstate trade barriers. This is a theoretical advantage but may get partly affected because of complex legal structures. For example, the e-way bill may create problems in transportation which will offset any benefit that has arisen because of abolishing octroi/entry tax or check posts. At present, the informal sector units are affected by the GST scheme as they do not have the capability of electronically complying with complex procedural requirements. Further, serial classification disputes are also likely to arise because of multiple tax rates.

The tax system will have to be simplified; the present complex system cannot continue. There is already an indication that multiple tax rates will have to be reduced and the maximum rate has to be brought down. Unless there is procedural simplification, the compliance costs will become quite heavy. There is a need to eliminate several provisions which do not serve any purpose. For example, the need to file three monthly returns is a provision which does not exist anywhere in the world and there is no reason why Indian businesses should be burdened with this onerous requirement.

Are we ready for GST?

India was not ready for GST on 1 July 2017. It would have been better if the GST had been introduced on a trial basis or like a pilot project and then suitably amended to ensure a relatively painless transition to the new regime. Unfortunately, the entire nation was required to shift to a completely new regime which was procedurally complex. There was inadequate electronic infrastructure both with the assessees as well as the government. Further, frequent changes in the rules and rates of duty added to the difficulty in having a workable software system. It is hoped that these technical problems are sorted out in the next few months.
SOURCE:http://www.business-standard.com/article/economy-policy/gst-key-questions-and-concerns-117101900540_1.html